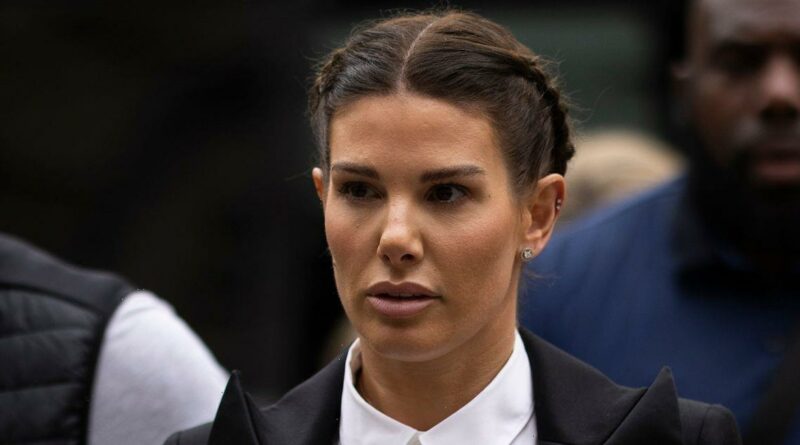 Rebekah Vardy has publicly hit out at Coleen Rooney after it was revealed she has to pay 1.5 million in legal costs following the Wagatha Christie trial.

Taking to her Instagram Stories on Tuesday (October 4), Rebekah posted a cryptic snap of money in a jar with the tag 'Charity' on it.

Alongside it appeared the words: "She'd be far happier to see the money they would have spent on lawyers being used in a more positive and productive way."

Taking aim at the mum-of-four, the 40-year-old tagged her and wrote: "Lets hope you put your money where your mouth is and some good can come of this whole embarrassing spectacle!"

Before their bitter nine-day court case that gripped the nation, Rebekah made the claim that she wanted to donate the money to charity if she came out as winner.

A source told The Sun: "Becky never wanted things to go this far, and all she wants is for her name and reputation to be cleared. She’s not after a payday.

"As a result, she’s decided to give any damages to charity and had her advisers set up meetings with a couples of charities. She wants some good to come from this sorry saga."

It was confirmed earlier today that the I'm A Celebrity star has to pay 36-year-old Coleen, who is married to footballer Wayne Rooney, £1.5m in legal costs.

The estimated remaining costs could take the total sum up to a staggering £1.6m. In a judgment released today, Mrs Justice Steyn said the legal bill – which Coleen is said to not have finalised with the court – was previously estimated by Coleen's lawyer Paul Lunt at £1,667,860.48.

The high-profile battle began after Coleen posted a message on her Instagram, accusing Rebekah's account of leaking stories about her to The Sun.

Two-and-a-half years after Coleen made the bombshell claims, famously renamed "Wagatha Christie," she came out on top when the court determined that Vardy, along with her agent Caroline Watt, were involved in the distribution of the information.

This is a live TV story and is being constantly updated. Please refresh the page regularly for the latest news, pictures and video.

You can also get email updates on the day’s biggest TV stories straight to your inbox by signing up for our soaps and Hot TV newsletters .

Get all the very best news, pictures, opinion and video on your favourite TV shows by following Daily Star every time you see our name.

Keep up-to-date with your must-see TV stories, features, videos and pictures throughout the day by following us on Facebook at facebook.com/DailyStarShowbiz