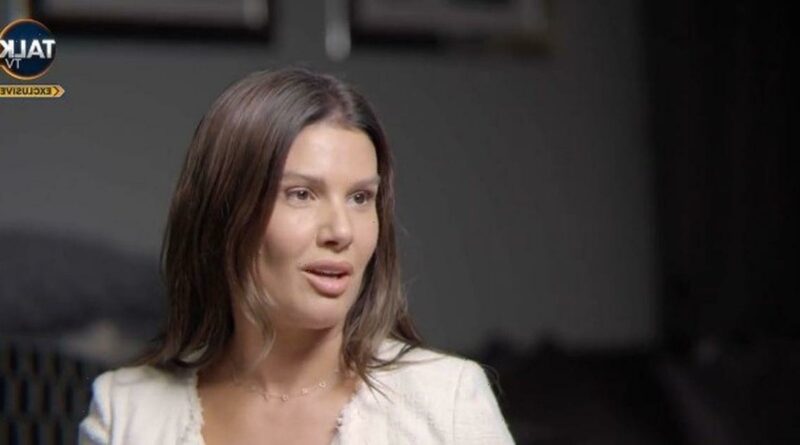 Rebekah Vardy is going to have to fork out a hefty amount of money as it's revealed she has been ordered to pay £1.5million towards Coleen Rooney 's legal costs.

The massive sum comes after an intense legal battle between the two footballer's wives saw Vardy lose her libel case against Rooney in July.

The pair's high-profile legal battle earlier this year — which became known as the Wagatha Christie trial — saw Vardy attempt to take action for Libel against Rooney for accusing her of leaking stories to the press.

But a judge decided that Coleen's viral social media post about the leaks was "substantially true".

As she prepares to pay out a huge amount of money, here's what Rebekah Vardy's net worth is currently.

What is Rebekah Vardy's net worth?

It's been reported that Rebekah Vardy's net worth is believed to currently be in the region of around $3million (£2.6million).

Mrs Vardy first shot to fame as the wife of Leicester City striker Jamie Vardy, who she met while working as a nightclub promoter in Sheffield.

However, since becoming well-known through her marriage to the footballer, she's also established an on-screen career for herself and has become a familiar face on British TV.

In 2017 Rebekah appeared on I'm a Celebrity…Get Me Out of Here!, with the Mirror reporting that she was expected to take home around £100,000 for the gig.

She has also appeared as a regular panelist on the lunchtime chat show, Loose Women and in 2021 the media personality competed in Dancing on Ice, reaching the semi-finals with her dance partner Andy Buchanan.

It's believed that Rebekah has accumulated most of her wealth through endorsements. She is also the CEO of her company BKYB Media LTD, however it was reported by the Daily Mail last year that the company was £36,046 in debt.

What is Jamie Vardy's net worth?

The Vardy family's wealth is also supplemented by Jamie Vardy's lucrative earnings from his footballing career.

The professional footballer is estimated to have a net worth of $12million (£10.6million), according to Wealthy Gorilla.

Vardy started out his professional footballing career at Stocksbridge Park Steels, earning just £30 a week at the club, before playing for Rotherham United, FC Halifax Town and Fleetwood Town.

However, he joined Leicester in 2012 and rose to prominence as the team began gearing up for their historic premier league title in the 2014/15 season.