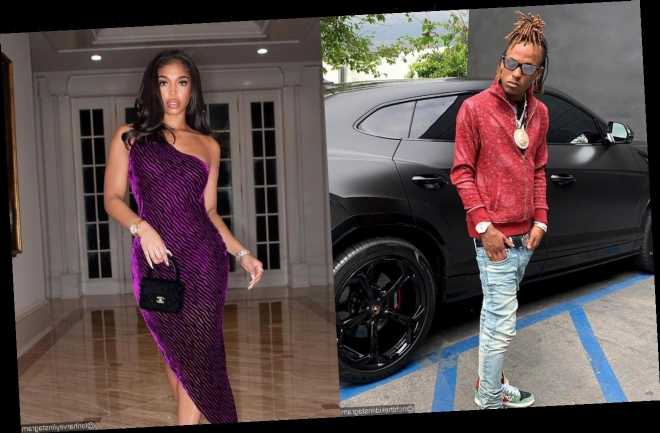 Raving about the social media personality’s famous curves, the ‘Plug Walk’ rapper also brings up Lori’s long dating history and expresses his hope to sleep with her.

AceShowbiz –Rich the Kid has turned his glorification of Lori Harvey into a song. Apparently one of the social media personality’s fans, the rapper has written a track about the famous stepdaughter of comedian Steve Harvey.

Not ashamed to share his feelings about the girlfriend of Michael B. Jordan, the Queens native took to his social media page on Wednesday, March 31 to share a snippet of the unreleased track. In the never-before-heard song, he raves about the 24-year-old beauty’s enviable curves and reveals his desire to sleep with her.

“Yeah, she bad, I’m gon’ f**k her like a thottie (Thottie)/ You a dime, might worry about your bodies (Bodies),” Rich rapped in the clip, while the song also played in the background. He also brings up Lori’s long dating history, rhyming, “She f**k a rapper, singer, actor, oh, she naughty (Yeah).”

Not all, however, think that Rich’s song for Lori is flattering. Reacting to the snippet, many have called him out for being disrespectful toward the model, particularly now that she’s dating another guy.

“It’s the disrespect for me,” one person commented. Another echoed, “The disrespect is real.” Sharing the same sentiment, a third one added, “This is disrespectful. Feel how you want about her, but don’t disrespect that girl.”

“This rap industry is trash who lets them release this type of music so disrespectful,” another commenter shared her/his two cents. Someone suggested that Lori should sue Rich, “I hope she can sue him,” while another similarly commented, “How he name a song about her before his girl She need to hit him with a cease and desist letter smh.”