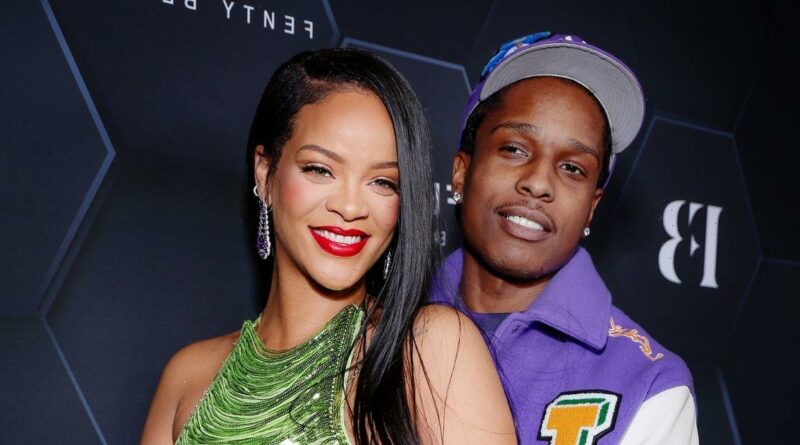 Rihanna has given her fans an extra special festive treat by sharing the first video of her baby son with them.

The Bajan beauty took to TikTok to share a short clip of her first child with rapper boyfriend A$AP Rocky – who's name is still a mystery – sending her followers into melt down.

Rihanna, 34, shared the clip of the adorable seven-month-old infant as he sat snuggled in his car seat smiling away at his mum.

READ MORE: Rihanna compares motherhood to 'tripping on acid every day' and gushes baby is 'amazing'

In the video she is heard chatting to her baby boy who she welcomed with A$AP Rocky, 34, earlier this year in May.

The baby is seen grabbing at the phone as she films him and laughing and giggling as he enjoys an outing with his mummy.

Fans of the chart-topping superstar then rushed to comment on the post as they gushed over how much the little one resembles his mum.

Another added: "I feel like I got VIP access being this early to the comments… too precious!"

A third said: "WHATTTT. OMGGGG. He might be the cutest little thing I have ever seen. Everything adorable about this."

A fourth social media user commented: "I can't believe I'm seeing this, thank you so much for sharing. He is incredible. Just so beautiful what a great Christmas gift."

A fifth enthused: "Little man is looking like a dead ringer for both his mum and his dad. Perfect mix. He's gorgeous. You guys must be so proud."

Rihanna and A$AP – real name Rakim Mayers – announced they were expecting their first child together back in January by releasing pictures from an arty maternity shoot.

The duo posed for a series of shots in Harlem, New York, as they showed off her baby bump in an array of poses in eclectic locations including under a bridge.

Rihanna dressed in a pair of low-slung wide-legged ripped jeans and a long pink coat which was buttoned over her chest but left open to reveal her growing belly for the shoot.