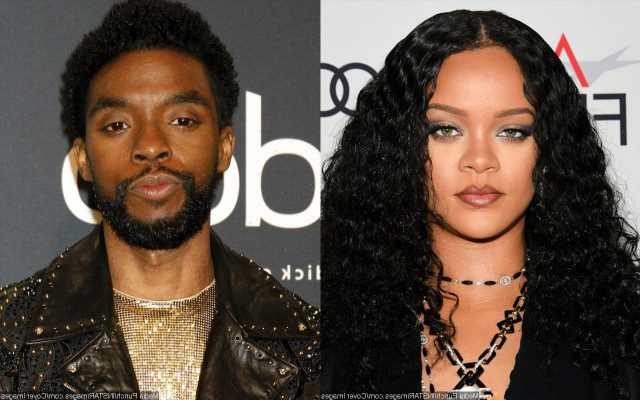 The ‘Where Have You Been’ songstress has released a 14-second preview of her new song titled ‘Lift Me Up’, which will be released in full on Friday, October 28.

AceShowbiz –Rihanna‘s long-awaited music comeback is just around the corner. After teasing her collaboration with Marvel, the Barbadian beauty has released a snippet of her original song for “Black Panther: Wakanda Forever“.

The Grammy Award-winning artist made use of her official Instagram and Twitter page on Wednesday, October 26 to share with her fans a 14-second preview of the new track titled “Lift Me Up”. The brief teaser features a melodic hum, but doesn’t reveal much of the song’s style and sound.

According to a press release, “Lift Me Up” is dedicated to honor the life and legacy of the late actor Chadwick Boseman, who played T’Challa a.k.a. Black Panther in the first movie and several “Avengers” film before his passing in 2020. Ushering “in the next era of Rihanna’s iconic career,” the song was written by Tems, Ludwig Goransson, Rihanna and director Ryan Coogler.

“After speaking with Ryan and hearing his direction for the film and the song, I wanted to write something that portrays a warm embrace from all the people that I’ve lost in my life. I tried to imagine what it would feel like if I could sing to them now and express how much I miss them,” Tems said in a statement. “Rihanna has been an inspiration to me so hearing her convey this song is a great honor.”

The song is released by Rihanna’s own Westbury Road label in partnership with Roc Nation, Def Jam Recordings and Hollywood Records. The full soundtrack of the movie will be available on November 4, but the details remain vague.

“Black Panther: Wakanda Forever” is directed by Coogler, with Lupita Nyong’o, Letitia Wright, Angela Bassett, Danai Gurira, Winston Duke and Martin Freeman among the returning cast. Tenoch Huerta is cast as the new villain Namor, the leader of the underwater kingdom of Talocan. The movie is set to open in U.S. theaters on November 11.