In 2009, the legendary bassist Charlie Haden was artist-in-residence at the Melbourne International Jazz Festival. Ten years on, his daughter Petra Haden provided one of the musical and emotional peaks of this year's festival.

Celebrating her father's legacy in two unforgettable shows at Jazzlab, Haden appeared with an Australian quintet led by the supremely sensitive bassist Nick Haywood. Favouring intuitive interplay over predetermined arrangements, the band ebbed and flowed with the singer as she offered deeply personal interpretations of tunes that her late father had composed or recorded. 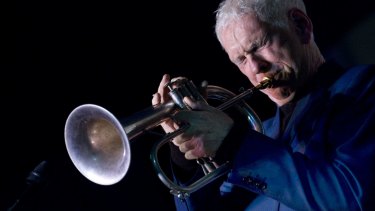 Vince Jones’s performance was much more than an exercise in nostalgia.

Like Charlie, Petra has an unerring ability to expose the heart of a song, whether singing wordlessly or with lyrics (or playing violin, as she did on the rousing La Pasionaria). Some tunes ached with such longing that audience members were in tears; others brimmed with optimism and exuberance.

Vince Jones' festival performance was also a shared journey back in time, drawing on his own back-catalogue of musical stories. They are stories that many of us have grown up with, so hearing them revived with such soulful conviction felt like reconnecting with old friends.

But this wasn't just an exercise in nostalgia. Jones' nuanced delivery – enhanced by a superbly responsive band – made his songs feel both timely and timeless, and made every lyric (whether poetic, playful or poignant) resonate with meaning. 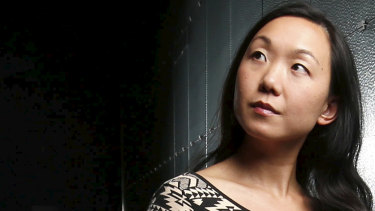 On Saturday, New York-based Australian bassist Linda May Han Oh presented her ambitious new work, Aventurine. Named after a translucent, shimmering quartz, the suite for jazz quartet, strings and voices was marvellously evocative and multi-hued. Overlapping motifs and interlocking rhythms, lush textures and improvised solos were woven into pieces that that flowed and sparkled, despite their complexity.

Oh gently but firmly guided the 18-piece ensemble through the work's intricate shifts in mood and metre, achieving an astonishing sense of cohesion after just one day's rehearsal with the (mostly local) players and singers.

If Oh is a rising star on the international jazz scene, Herbie Hancock is a bona fide icon. The indefatigable 79-year old closed the festival on Sunday with a concert that was bold in style and generous in spirit. It began with a blast of sci-fi – all space synths and dense atmospherics – setting the scene for a visceral, fusion-heavy ride over the next two hours. 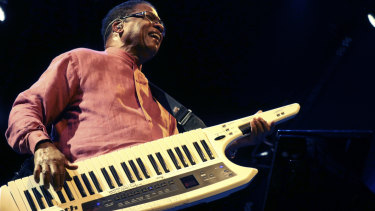 Clouds of thunder (courtesy of drummer Vinnie Colaiuta) and the vibrating thrum of James Genus' bass provided a bristling momentum, sacrificing textural light and shade for pure energy. Lionel Loueke transformed his guitar into a synth and his voice into a choir, as Hancock alternated gleefully between plunging piano chords and exploratory keyboard squalls.

It's clear Hancock has lost none of his fire, imagination or inspiration, even if the sound of his acoustic piano was often buried in the sonic maelstrom. To be honest, it all felt a bit relentless at times. Still, when Hancock strapped on his keytar and strutted on stage for an encore performance of Chameleon, the tune's sinewy funk (and the leader's beaming demeanour) were utterly contagious.

It was easier to ride Hancock's kinetic wave than to resist, and when the audience rose to its feet as one it felt like the perfect send-off – both for Hancock, and for an exceptionally strong edition of the festival.