‘Poison’ hitmaker and the Pope’s best mate Rita Ora cancelled a gig in Bristol last night (May 19), letting fans know just hours before the event was scheduled to take place.

The star posted a video of her in bed to Twitter explaining the reason for the cancellation, telling her fans that: “I’m sorry, this sucks and I hate hate hate saying things like this but I have to cancel my show tonight in Bristol, because all my doctors have told me that it’s a risk and they’ve advised me to rest.

“I’m really sorry to everybody that bought a ticket tonight, I have rescheduled for the 29th, so I will be back in Bristol in 10 days.

“This is so annoying, there is nothing worse than cancelling a show, I hate it, I absolutely hate it, but at some point you have to look after yourself, so I guess this is what I’m doing.

“I will be back, and I promise everyone who bought a ticket will get a show.”

Plenty of fans wished the singer a speedy recovery, while others complained about the late notice, having booked hotels etc. Some people also claimed the singer was hungover, referencing her tweet about having a drink from the night before. 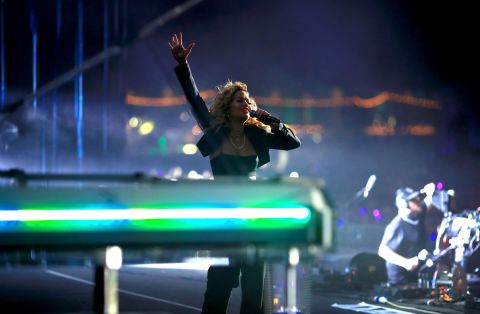 Ora recently revealed she has had romantic relationships with men and women, following a backlash from the LGBTQ+ community about her new single ‘Girls’.

The singer later responded to the backlash by saying that she never meant to hurt anyone, and that she was just writing her truth.

“‘Girls’ was written to represent my truth and is an accurate account of a very real and honest experience in my life,” she wrote.

“I have had romantic relationships with women and men throughout my life and this is my personal journey. I am sorry how I expressed myself in my song has hurt anyone. I would never intentionally cause harm to other LGBTQ+ people or anyone.”