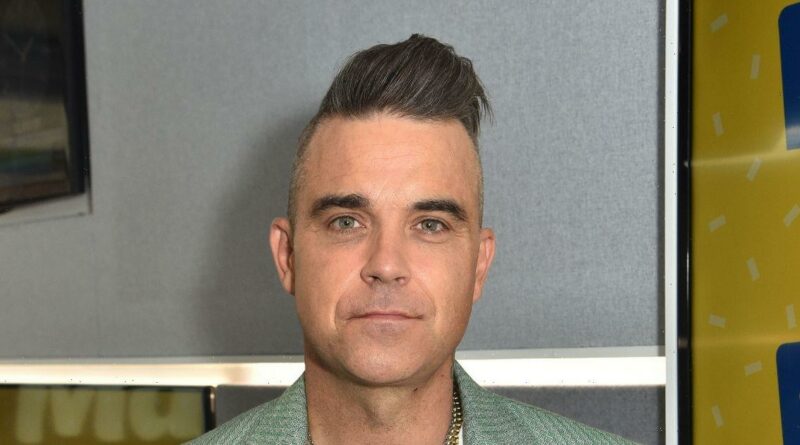 Robbie Williams has stripped completely naked for the artwork of his new album.

The Rock DJ hitmaker, 48, bared all to recreate Rodin's The Thinker pose up a storm for the camera.

He shared some exciting news with fans on his Instagram page on Tuesday (June 7) morning.

Alongside a short clip promoting his new project, Robbie wrote:"My new album XXV is out on September 9th.

"The album consists of re-recorded and newly orchestrated versions of my greatest hits recorded with the Metropole Orchestra, alongside a few surprises. I can’t wait to share it with you. RW x"

Unsurprisingly, fans were distracted by the album artwork and rushed to the comment section to compliment the star.

Another simply posted a series of flame emojis.

A third person penned: "Can’t wait and you look so hot on that album cover."

While a fourth social media user said: "I'd buy this just for the cover."

Robbie's latest album has been three years in the making and celebrates his 25-year solo career since quitting Take That in 1995.

It comes after the singing icon responded to Liam Gallagher's highly-anticipated return to Knebworth Park.

Oasis famously played the iconic venue back in 1996 performing to 250,000 people across two nights.

When asked if he wished to return to the site himself, Robbie told NME: "To go and do three again? I dunno. I listened to [Liam’s] last album and there’s some amazing songs on there. Like proper, proper – you know, how music should be. Or how this middle-aged fella thinks music should be.

“I don’t know if you revisit [Knebworth], though. Do you revisit it? [Knebworth] is not something that’s on my radar. Glastonbury, on the other hand – I’d like to do that."

“I didn’t know how I was gonna feel," the star reflected, "because I’ve been away [from Stoke] for 30 years. Who am I? What person am I now? To me, and these people – what does this city mean to me?

He added that he felt anxious about the show, which was delayed for two or three years by the pandemic, and said: "I just felt blessed… It was the most relaxed I’ve ever been onstage."