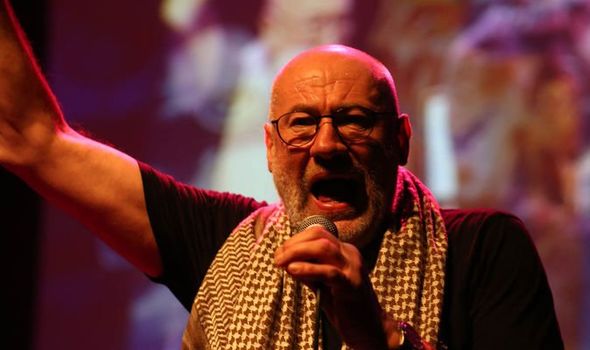 Fish quit in 1988 and yet he’ll always be fondly associated with the band because of hits like Kayleigh, his achingly tender apology to a former girlfriend. Now, after eleven solo albums – five of them Top Ten – Fish wants out. His new one will be his last, he tells me. The only snag is the farewell tour.

“It should have been this year,” the singer says from his “wee oasis” in East Lothian.

It’s a small set-back compared to the battles Fish has fought against debt, ill-health and bare-faced lies. Two days after he quit “the Marills”, he was hit by claims he’d been fired for drink and drugs abuse.

“I wrote a resignation letter and sent copies of it to everyone in a taxi,” he recalls. “The next day I get a letter from the manager saying they ‘no longer require my services’!”

Then his face was splashed all over the front page of a Scottish tabloid. {The Sun}. 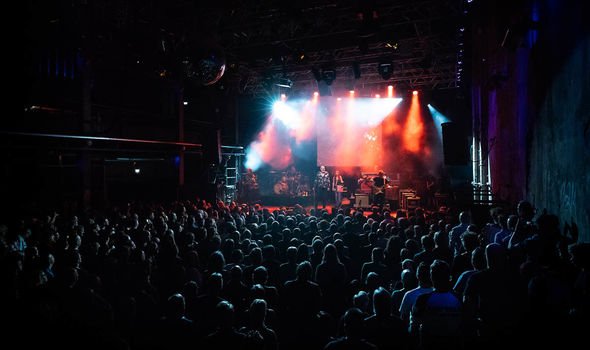 “It said I was an alcoholic and a drug addict, and that’s why the band wanted rid of me. It made out that I’d been fired. I was fuming.

“Carol Clerk from Melody Maker told me they were offered £12,000 for a picture of me ‘completely p***ed’. There weren’t any.”

Not because Marillion didn’t indulge, but because they did it in private.

“Smash Hits called us the ‘most boring bunch of guys’,” he grins. “But we were like the special forces of partying, we were under the radar.

“I remember coming to a hotel room in Sweden to find my mate and a woman passed out on the floor. Three mini-bars had been drunk dry. We were a real party band. A great gang.”

Fish, 62, no longer indulges in liquor or cocaine and has been happily married to his third wife Simone Rosler for three years.

His only unshakable (and unfathomable) addiction is to Hibernian FC.

Simone is German, like his first wife, former model Tamara Nowry; and living in southern Germany inspired the dark underbelly of his haunting final album, Weltschmerz (pain of the world).

“Before we married, we were living between here and Karlsruhe.

“But like Sam Mendes and American Beauty, it turned into a thing of beauty.” 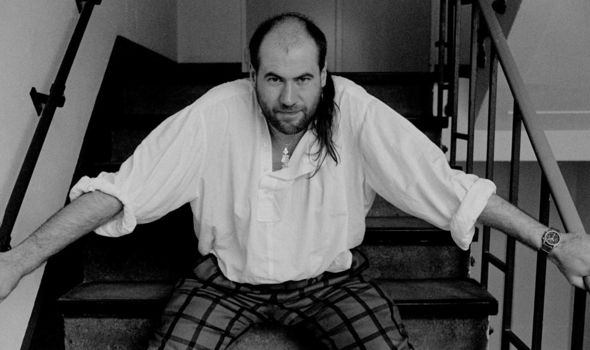 The album covers mental health, depression, eco-chaos “and the dark beauty of it all.”

He adds, “It’s definitely the last. I’ve had enough. I want to write novels and plays. It’s a good time to stop.”

The big guy – 6ft 5 in his socks – is still a big fry on the prog-rock circuit with fans all over the globe.

He was born Derek William Dick in Dalkeith, Midlothian.

His father, Robert, owned a garage and petrol station. His mother Isabella, a miner’s daughter, worked in it and he pumped his first gallon at twelve.

“It was half a mining town, half a market town,” he says.

“There was a strong sense of community.” 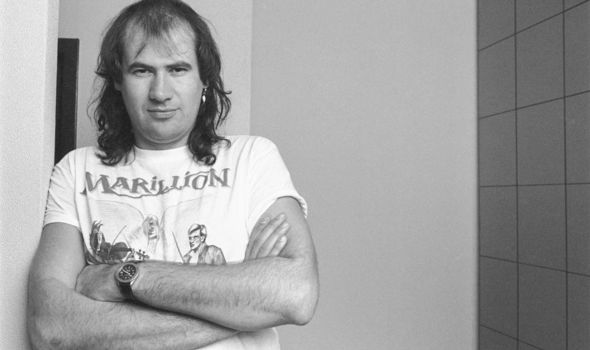 He’s an odd fish, this Fish; awkward but bright and sincere.

“I’m on the spectrum,” he admits. “I was an introverted kid. I spent a lot of time in my room listening to progressive rock before it went crap, early Yes and Genesis, thinking ‘this is my music’.”

At school, he “hated English” but found he excelled at it.

In 1976, aged 18, he went into forestry (he still has a chainsaw in the garage), but music was his real passion.

Derek did his first gig in 1979 “singing covers in a pub in Galashiels”.

After trying to form a band, he and bassist pal Diz Minnitt spotted an advert for an Aylesbury based band seeking a bassist/singer…the band were Silmarillion, who became Marillion.

His nickname Fish – acquired “for spending too long in the bath tub” – and his stage make-up allowed the introvert to create an extroverted stage persona.

“To be someone else, and build up my confidence.”

They had no lyricist, so Fish stepped in.

His Script For A Jester’s Tears – inspired by the death of Keith Moon – became the title track of their debut album. 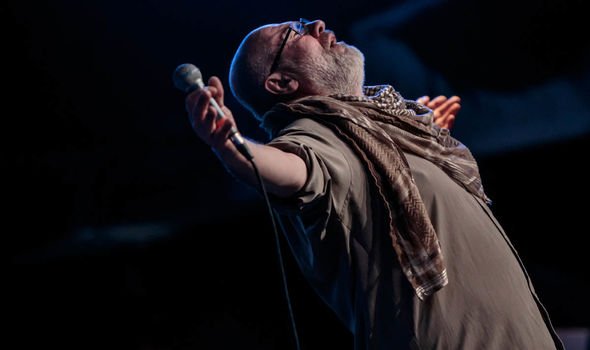 “That first album is weird,” he says. “It doesn’t sound like me singing. The high falsetto notes. How did I do that? A vocal coach would have said ‘Stop now or you’ll blow your voice’. It sounds like someone singing in bad keys.”

Well, a fish must have its own scales.

“I was trying too hard but finally found the confidence to express myself on Misplaced Childhood” – their third and most successful album, which spawned hits Kayleigh and Lavender.

Fish’s first wife Tamara starred in the video for the former. They have one grown-up daughter, Tara.

1987’s Clutching At Straws was another sizeable hit, fuelled by Fish’s anger at music biz manipulation.

It was the last he did with Marillion – he hated their manager’s 20 percent cut of their earnings and the band’s peculiar approach to song-writing.

His first solo album, 1990’s Vigil In A Wilderness Of Mirrors was a Top 5 hit, but neither he nor Marillion ever equalled the success they’d had together.

“I left after a massive album, the best one,” he says. “Vigil was a big stiff single finger to the people trying to write me off.”

That year, he made his acting debut in the US TV show Zorro. 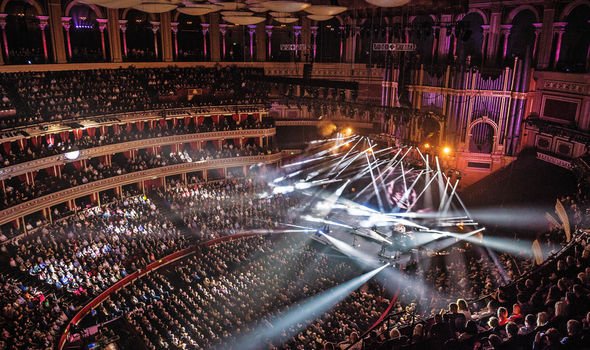 Roles followed in Taggart and The Bill followed.

The highlight was appearing with Daniel Craig in the 2005 sci-fi thriller The Jacket. “I was petrified! But the scene was electric. I walked out on such a high…

“I could probably pick up character roles now but screenplays are my obvious route,” he says.

Not to mention that long-promised memoir, which is bound to cover his 90s money struggles caused by record company legal bills and costly tours.

The “cherry on top” was his 2001 divorce from Tamara. “I was advised to go bankrupt but I refused and worked through it.

My father taught me ‘don’t run away, deal with it’.”

He sold the house, moved into the studio and continued to tour and record; reliving Marillion’s finest hour with his 2016 Farewell To Childhood tour. 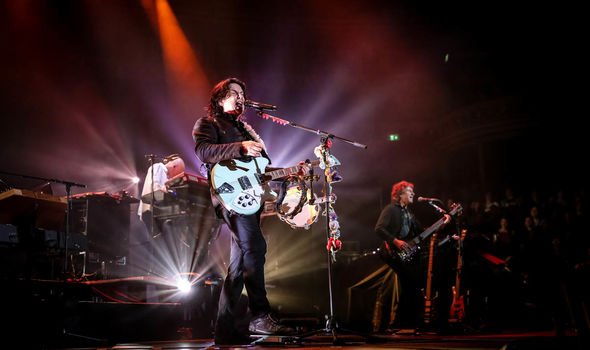 Simone manages him and the couple are the record company.

“I’m much better at risk assessment now. I only tour when it’s economically viable.”

In 2012, he divorced second wife Katie Webb after just eleven months of marriage.

The decade was awash with bad news, from the death of his father – “that smacked me harder than I expected” – to his 2017 spinal operation and bouts of sepsis in 2019, which delayed Weltschmerz’s release.

“I feel sorry for musicians. 30percent of them will give up. It’s a shocker, theatre too.

The government are lacking in their response.”

He will decide in March whether to tour next year.

In the meantime, Fish has books to write.

*Weltschmerz by Fish is out now.