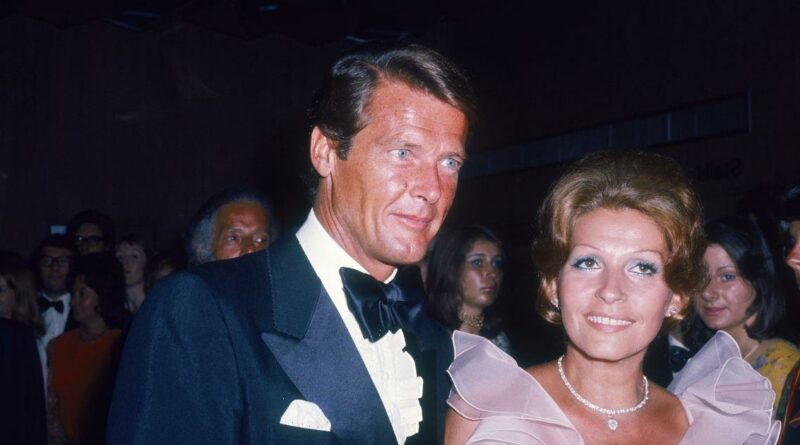 Luisa Mattioli, the third wife of James Bond actor Sir Roger Moore, has passed away at the age of 85.

Family friends say the star who was married to Sir Roger for 24 years has been 'ill for some time'.

Luisa met the 007 star while filming the 1962 Italian adventure comedy Romulus and the Sabines.

The couple shared three children together, Geoffrey, Deborah and Christian.

They later separated in 1993 and officially divorced in 2002.

This was after Sir Roger left Luisa for her best friend, Swedish-born Kristina 'Kiki' Tholstrup.

The couples oldest son, Geoffrey Moore commented on the sad news from Switzerland where Luisa is understood to have been living at the time of her death.

He said: "Sadly, I can confirm it is the case."

Another family member said: "Luisa was ill for some time, so it has been a difficult period for all the family. Despite her acrimonious split from Sir Roger, they were reconciled before his death."

Luisa was born in March 1936 in Italy and went on to study at the oldest film school in Western Europe – Centro Sperimentale di Cinematografia.

In her early 20's she was cast playing a maid in the 1959 Italian drama The Night of The Great Attack.

She starred alongside her future husband Moore just two years later, aged 25, when she landed the role in Richard Pottier film Romulus and the Sabines.

However, Moore was still married to his second wife Dorothy Squires at the time.

After his split to the singer, Sir Roger and Luisa married in 1969 in London.

Sir Roger passed away in 2017 aged 89, leaving Luisa with the huge settlement she won in their divorce which she refused to grant for seven years.