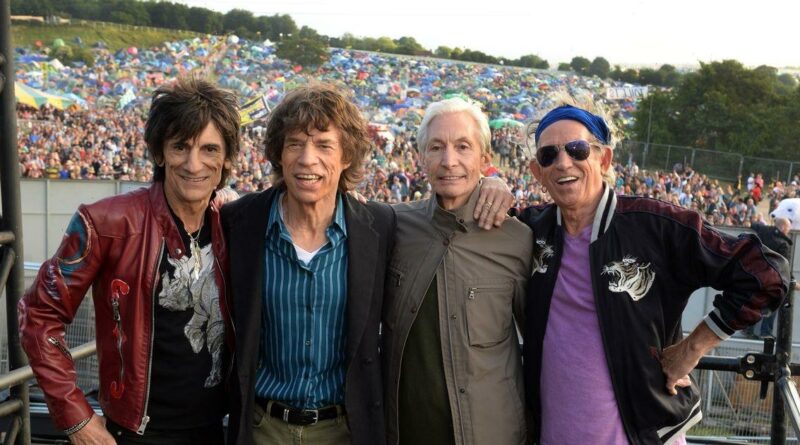 The low-key ceremony, which took place in Devon, was forced to take place without his bandmates, singer Mick Jagger, 78, and guitarists Keith Richards, 77, and Ronnie Wood, 74, who were in Boston rehearsing for their rescheduled world tour, which begins in Missouri on September 26.

Watts, who joined the band in 1963, died soon after his shock announcement on August 5 that he was skipping the tour because of an unspecified medical procedure.

A spokesman said at the time that he was “unlikely to be available for the resumption of the Rolling Stones USA No Filter Tour,” as he recovered from a medical procedure.

The music icon shared: “For once my timing has been a little off. I am working hard to get fully fit but I have today accepted on the advice of the experts that this will take a while.”

The legendary drummer, who successfully underwent treatment for throat cancer in 2004, recently announced that he’d “asked my great friend Steve Jordan to stand in for me” during the band’s upcoming tour.

In a statement, Watts said: “After all the disappointment with delays to the tour caused by Covid, I really don’t want the many Stones fans in the States to have another postponement or cancellation.

“I have therefore asked my great friend Steve Jordan to stand in for me.”

Though the band did not elaborate specifically, the Covid restriction is likely referencing the current US ban on English travellers, meaning the band may be unable to return to the US after the funeral.

The news of his death was announced in a statement shred by Watts’ publicist: “It is with immense sadness that we announce the death of our beloved Charlie Watts.

“He passed away peacefully in a London hospital earlier today surrounded by his family.

”Charlie was a cherished husband, father and grandfather and also as a member of The Rolling Stones one of the greatest drummers of his generation.”

Watts’ family also shied away from any publicity or spectacle in the wake of his death, as Watts would have wanted something “no fuss” and “low-key”.