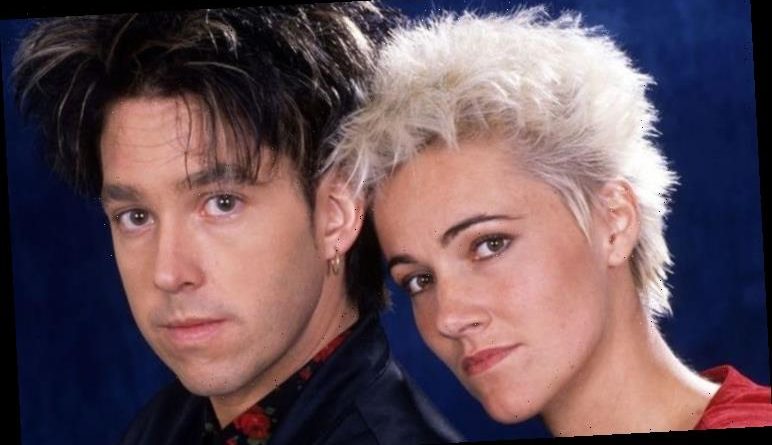 Roxette perform It Must Have Been Love on tour in 2012

Marie was the ultimate rock chick superstar with cropped bleached hair, leather stage clothes and a powerful, raw voice. She had started out in Sweden’s late 1970s punk scene in the band Strul and then released her debut solo album Het Find (Hot Wind) in 1984. The singer-songwriter continued to record and release her own Swedish-language material, including eight solo albums, throughout her life, admitting she was never comfortable writing lyrics in English. She formed Roxette with Per Gessle in 1986, who had no such problem. Their first album Pearls of Passion was a number two hit in Sweden but failed to make any impact elsewhere. Two years later, they were one of the biggest bands in the world. Their “joyride” was about to begin – with just as many lows as highs.

Roxette’s 1998 album Look Sharp! gave them two US number ones, The Look and Listen To Your Heart, and a number two, Dangerous. It sold nine million copies worldwide.

Even greater success followed the inclusion of non-album track It Must Have Been Love on the 1990 Pretty Woman soundtrack, which was a worldwide hit and a third US number one.

The album Joyride was released on March 28 the following year, selling a whopping 11 million copies. The lead single gave the band yet another number one in the US, followed by number two hit Fading Like A Flower.

Yet, behind the scenes, Marie had become increasingly unhappy and lonely as Roxette’s fame and success grew. She later admitted she had been ready to quit. 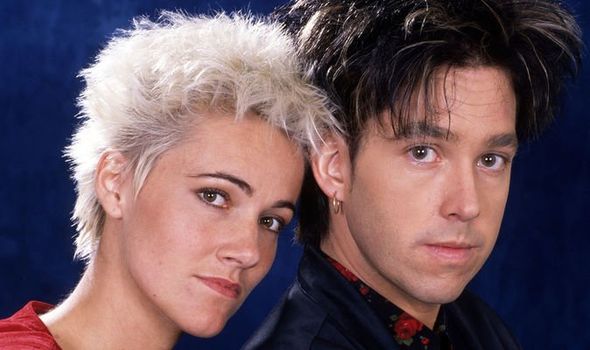 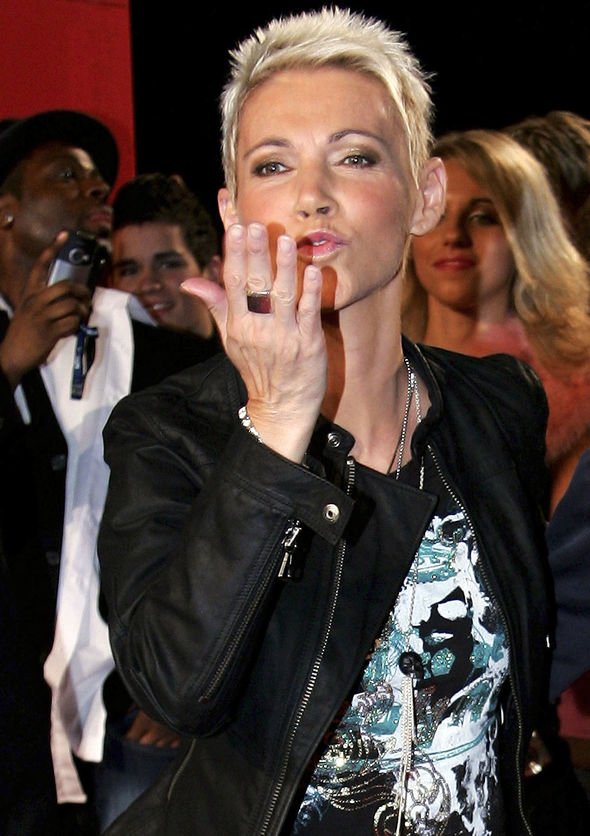 Marie met her husband, keyboardist Mikael “Micke” Bolyos, during the Australian leg of Join the Joyride! in December 1991.

She later said: “If [we] hadn’t met, I don’t know if I would have been able to continue in Roxette much longer. I couldn’t handle the personal side of life on tour. I was hanging out in bars, drinking too much.

“I was sad a lot of the time and had a hard time with the press, when I always had to be nice and say the right things, always having to be available to everybody, always putting on a smile and being happy.

“Marie Fredriksson the performer had grown in stature, at the expense of Marie the private person. I had less and less space to be myself. And when I was myself I felt uncertain, small and lost.” 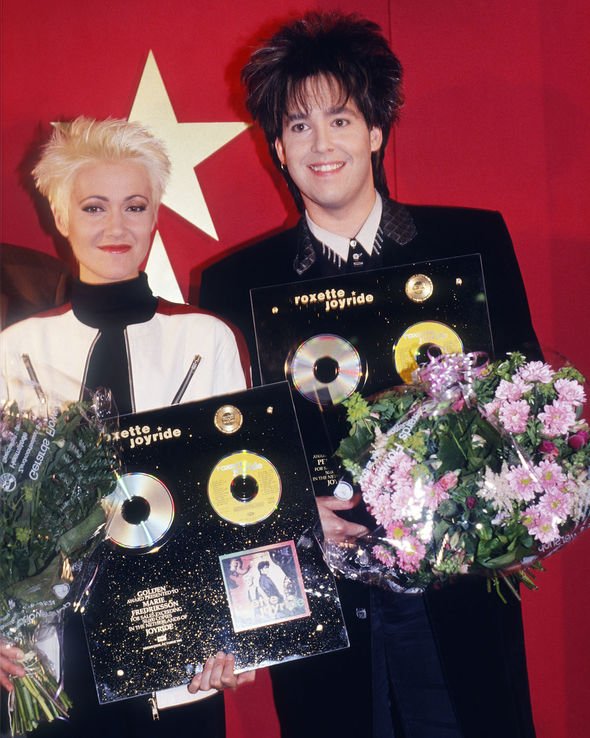 They married in 1994 at a very small ceremony with only their closest family in attendance. Not even Per was invited – a source of major tension for some time after.

Marie has spoken of her deep love for her husband and the support he gave her: “When we go away with Roxette and when I’m worried, it’s nice to have a man who says ‘Come on, you can do this!’ That is so very important.”

Even so, she became increasingly unhappy in the band, clashing with the producer of the band’s 1999 album Have A Nice Day, Michael Ilbert, who reduced her to tears criticising her vocals and songwriting.

By the time she worked on the 2001 album Room Service, Marie had decided she no longer wanted to be part of Roxette and told Per she was leaving.

Her new freedom was almost immediately destroyed. On September 11, 2002, Marie returned home after a jog with her husband, suffering from a terrible headache. She collapsed in the bathroom, fracturing her skull and having an epileptic seizure. Scans revealed a malignant brain tumour.

The tumour was successfully removed but it took three years for Marie to recover from ongoing health, eyesight and hearing problems. She struggled to walk and couldn’t read. She battled cancer for the rest of her life. 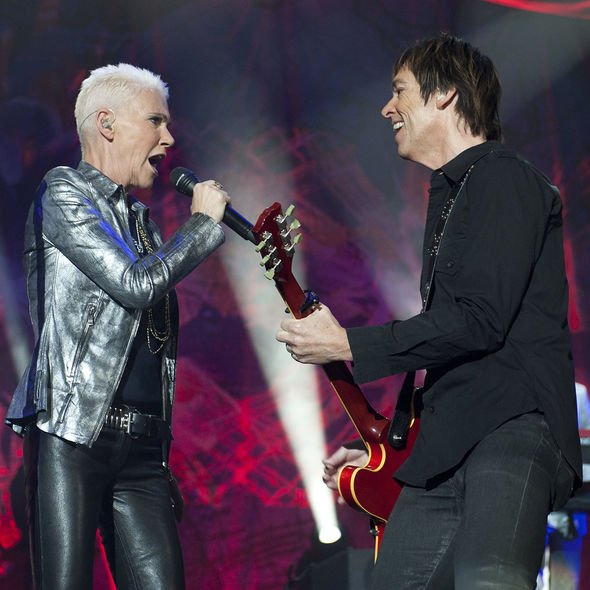 In 2006 Per and Marie reunited to record two new Roxette songs, One Wish and Reveal, for a new Greatest Hits compilation and then in 2009 they announced they were recording new material for Roxette’s eighth album Charm School.

Lead single She’s Got Nothing On But The Radio was a major worldwide hit.

The album Travelling was released in 2012, during their final Charm School World Tour, which eventually lasted until 2016 and became the Neverending World Tour.

Asked why she came back to the band over and over, Marie said: “It’s the only thing we can do. Music is our life. We love  music and we love to work together.”

But in April 2016, the band cancelled the final leg of the tour and confirmed Marie’s doctors had told her she could no longer perform live. 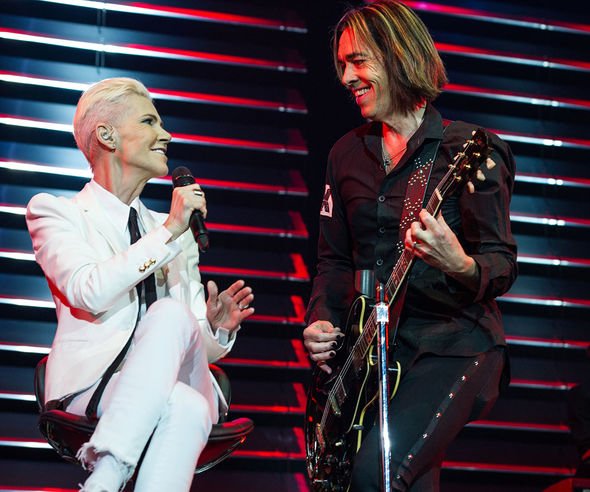 Marie told fans: “Sadly, now my touring days are over and I want to take this opportunity to thank our wonderful fans that [have] followed us on our long and winding journey.”

King Carl XVI Gustaf of Sweden,  told a grieving nation: “We have been struck by the sad news that singer Marie Fredriksson has passed away. For many in our country, even in my family, her music is closely associated with memories from particularly important moments in life.”

On the 30th anniversary of Joyride, that remains as true as ever.