Of the six tattoos Ruby Boots has on her body, it may well be the two simple words inked on her forearm that best sum up her attitude to her career – "try harder".

"It's a prison tatt," laughs the woman born Bex Chilcott, sitting on a white couch in her record company's Sydney office. The tattoo was administered by singer-songwriter Nikki Lane in Lane's Nashville kitchen using the "stick-and-poke" method, and though it might be somewhat primitive, the resolve it speaks of has been a guiding force in Chilcott's life. 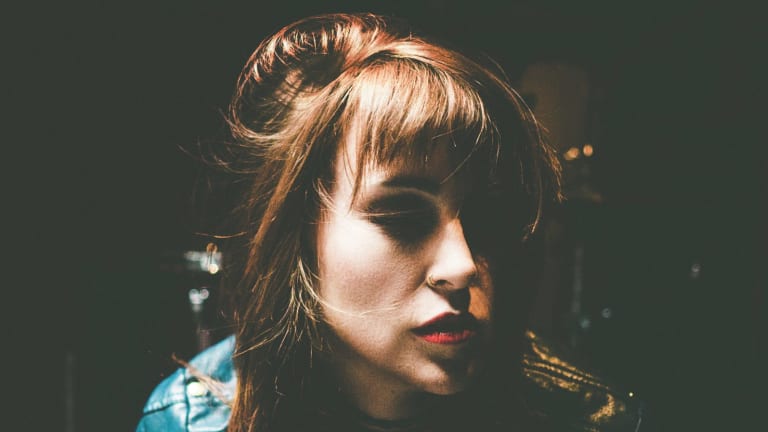 After leaving her family home in Perth at 14, she weathered "very trying, tumultuous times as a very young woman".

"I can talk about it openly now …"

Once clear of that relationship Chilcott moved to Broome, where she worked on pearling boats before heading overseas. Upon returning to Australia in her mid-twenties she began performing at open mic nights, until nodules on her vocal cords put a stop to that for three years.

"That was the worst time in my life," the now 36-year-old sighs. "It was the first time I'd opened myself up enough to fall in love with something, and that was singing."

Unbowed, she continued to work on her songwriting, and in 2012 made the first of what would become annual trips to Nashville. After a slew of EPs, her debut album, Solitude, emerged in 2015, leading to a boost in her international profile and shows with Lane, Kris Kristofferson and Justin Townes Earle.

Its follow-up, last month's Don't Talk About It, incorporates the Americana leanings of that debut but gives them a booster shot of rock'n'roll that brings to mind Tom Petty one minute (Easy Way Out) and the bluesy stomp of the Black Keys the next (It's So Cruel).

Recorded and mixed in three weeks with backing band the Texas Gentlemen (Leon Bridges) – her debut took nine months and four producers to complete – for all the sonic firepower it's the album's quietest song, the sparse I Am A Woman, that packs the biggest gut punch. In this #metoo age it's a powerful addition to the growing chorus of strong women addressing the issues of physical and emotional abuse at the hands of men.

"Let me articulate this properly," Chilcott says. "I've been very well aware of … how precious women's bodies are and how easily they can be taken advantage of physically. So it's something that sat with me for many years, and the song was actually written when Donald Trump came out with those comments about grabbing women by their pussy. How can that kind of rape culture be promoted so openly and accepted so openly by the leader of the free world?"

Chilcott was sober when she made her new album, having realised that alcohol was "definitely becoming a crutch". A dark emotional period in 2016 led to her abandoning all substances for good. It's just another hurdle she's overcome on her path to this point.

"Even though the music industry's very hard, I love it so much and I'm lucky to have found something in my life that I really love," she says. "It's so polar opposite to where I started. Sometimes I want to quit, but there's something that doesn't allow me to do that, because I've seen another side of life. I've seen multiple sides of life. So definitely, silver lining all the way."

Go to rubybootsmusic.com for tour dates.