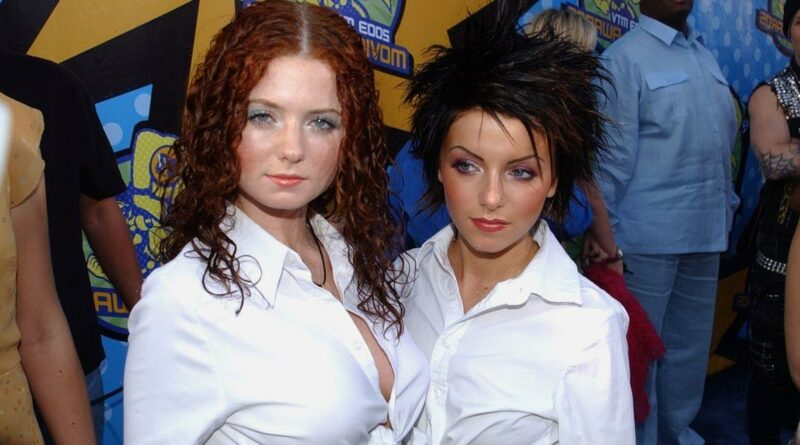 Teen Russian pop duo t.A.t.u shocked the pop world 20 years ago as they passionately French-kissed on stage and in a wildly raunchy video that saw concerned BBC bosses 'ban' them.

Two decades on since the release of their controversial chart-topping hit All The Things She Said they have gone on to find fame and fortune but also encountered serious health battles and infamy.

Yulia Volkova and Lena Katina, who make up the group, were only 17-years-old when the song was released on September 9, 2002.

However, it was faced with controversy for its “suggestive” lyrics and the raunchy music video was slammed for depicting themes of underage lesbianism or sex.

The BBC's Top Of The Pops refused to show the video on its prime time Friday show – as the corporation claimed it had better exclusive footage of the duo.

The provocative video saw the pair, who were dressed in school uniforms, kissing passionately in the rain while people on the other side of the bars they were behind watched on.

However it was understood the BBC was extremely sensitive about the controversial video.

Bosses reportedly feared it may offend viewers if it was shown before the 9pm watershed.

Despite the fury and criticism, in the UK, the song topped the charts for four weeks and it was an international success.

Over the years the duo continued to release music but they went their separate ways in 2011 to pursue solo music careers.

They have since reunited to perform at special events including the 2014 Winter Olympics in Sochi.

This year the pair announced they are due to come together once again for a special concert in Minsk, in September.

We took a deep dive through their social media to see what they’re up to these days.

Katina, mum of one, still has her signature ginger locks that she wore proudly in the music video 20 years ago. She shares her life updates, photoshoots and holiday snaps on Instagram to her 328,000 followers.

Katina married multi-millionaire businessman Dmitriy Spiridonov earlier this year, after he proposed with a stunning three-carat engagement ring worth “a lot of zeros”.

Volkova, who had a short punk hairstyle in the video, now dons long black hair and reportedly underwent a string of cosmetic operations.

Back in 2019, fans moaned that it made her look “scary” and that her “natural beauty” was being replaced by a “rubber look” but she was happy with the results.

The mum of two also battled thyroid cancer in 2016 and required surgeries in Germany and South Korea before recovering her singing voice.

She hid it from the world for four years, even during a t.A.T.u reunion at the Winter Olympics in 2014.

Volkova, who joined a bid to become a Russian MP in 2021, was faced with backlash after appearing on Lie Detector, a Russian TV show, back in 2014 after she stated that she would condemn her son if he came out as gay.

Of course, this had some eyes rolling as she used to kiss Katina during performances and had in the past even suggested that she is bisexual.

On the show, according to a translation, she said: “Yes, I would condemn him, because I believe that a real man must be a real man.

“God created man for procreation, it is the nature. The man for me is the support, the strength of… I won’t accept a gay son.”

Trying to justify her opinion, she is reported to have said: “And a man has no right to be a f*g. Two girls together – not the same thing as the two men together. It seems to me that lesbians look aesthetically much nicer than two men holding their hands or kissing.”

In an attempt to dig herself out of a hole she added: “I have many gay friends. I believe that being gay is all still better than murderers, thieves or drug addicts. If you choose out of all this, being gay is a little better than the rest.”