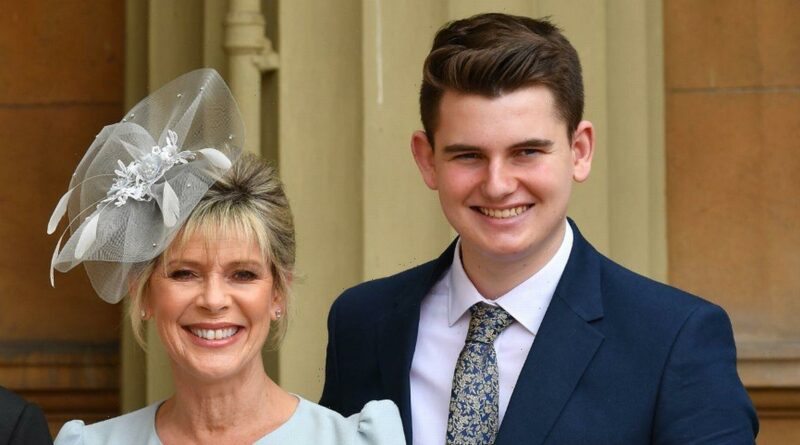 Ruth Langsford has admitted to feeling "traumatised" after her son left home to go to university.

The This Morning host also confessed to feeling like her "womb was ripped out" when her son with husband Eamonn Holmes, Jack, 20, departed the family home.

Talking in a new interview with Woman & Home magazine, Ruth described the agony she felt when her young son headed off to his new educational facility.

“The day we dropped Jack off at university, we said goodbye and, as we got around the corner, I burst into tears and Eamonn was crying too.

“It sounds dramatic but for the next three days, I felt like I’d had my womb ripped out. It was physical pain.

“I was sitting on his bed, sniffing his pillow, and I kept his bedroom door shut because then I could imagine he was in there. Now it’s great. Jack seems so happy and I don’t get as upset each time he comes home and then leaves again."

Ruth went on to explain that she just hopes she has done a good job of raising her children and admitted that she thinks too much pressure is placed on children these days to overachieve rather than just being happy.

She explained that she'd told their son not to worry if he realised the path he was on wasn't for him.

During the chat ruth also admitted that she and husband Eamonn may team up on screen again in the future after the end of their run co-hosting on This Morning left her feeling "sad."

Ruth said she missed the routine and everyone she worked with, after being there for 18 years.

She's currently back on This Morning with her "TV son" Rylan Clark, though – and fans have been loving the reunion.

But that isn't isn't to say she and Eamonn won't work together again – even if they do bicker on-screen at times.

Ruth admitted thinking that people who claim to have never argued must have a "boring relationship".

She made it clear she doesn't agree with everything Eamonn said – and vice versa – and that wasn't a bad thing.

The October issue of Woman & Home is available from September 1.