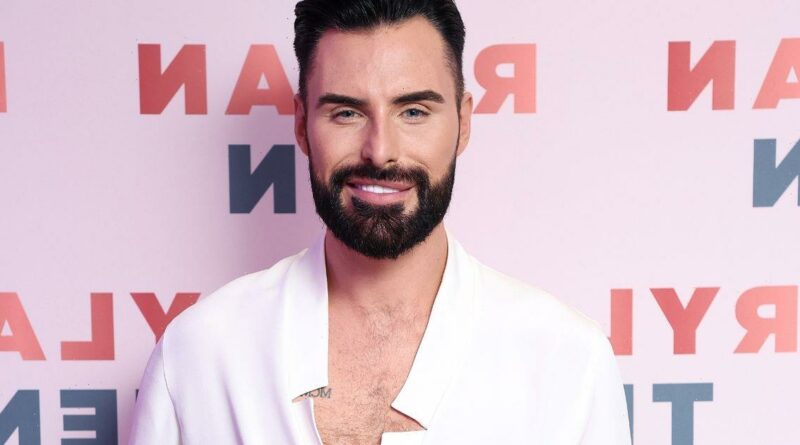 Rylan Clark branded himself a "big toothed pr*ck" as he responded to a tweet suggesting he was a celebrity "everyone loves."

The Strictly It Takes Two host poked fun at himself online when The Apprentice star Thomas Skinner put him forward as a famous face that people adore in response to a poll on the social media site.

Rylan, 34, clearly saw the funny side to his suggestion – and took it as an opportunity to admit that he "can't stand" himself.

The comical response came when Thomas replied to a tweet by Lad Bible asking followers for their views on "Who is one celebrity nobody hates?"

Thomas then offered up his opinion that his chum Rylan was deserving of the title sharing a picture of them together and writing: "It’s gotta be @Rylan."

Seeing the sweet gesture Rylan wasted no time in entering the debate – and giving his tongue-in-cheek cutting opinion on himself.

He wrote: "I can’t stand the big toothed pr*ck x"

Thomas then proceeded to call Rylan out for being on social media but not responding to his private messages adding to the funny exchange.

He posted: "How have you replied to me on Twitter but not on WhatsApp ?"

Big Brother icon Davina McCall recently admitted that she would have "loved" to see former Celebrity Big Brother winner Rylan host the show when its reboot airs next year.

The OG Big Brother presenter sang her praises of former Big Brother's Bit On The Side frontman Rylan as she gave her take on who she thinks could be at the helm of the show when it returns.

Talking to Steph's Packed Lunch star Steph McGovern she said: "There are so many people… I would have loved it to be Rylan. Rylan is like a super, super fan and I feel like he's earnt his stripes. I think he'd be amazing. "

Meanwhile, former Strictly Come Dancing star Aj Odudu has responded to rumours that she was recently in final talks to sign on the dotted line for the gig.

Talking on Hits Radio she said: "Another day, another rumour! What can I say, other than it’s a rumour, but who wouldn’t be excited to do it? It’s the best show on the telly – or it’s about to be."