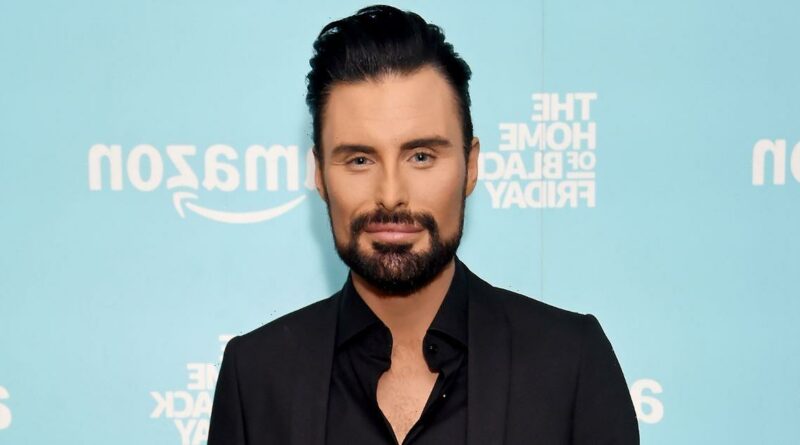 Rylan Clark seemed to be having a good night as he got cosy with an Ex On The Beach star during a night out in London on Saturday [July 2].

The Celebrity Gogglebox star was snapped getting intimate with Geordie Shore's Nathan Henry's ex-boyfriend Declan Doyle in the capital and he didn't appear to care who saw.

It's believed that the pair who looked up were flirting outside of a swanky restaurant in Marylebone while Rylan clutched onto a glass of red wine while having a cigarette.

In pictures seen by the Daily Star, the television presenter was also seen locking lips with Declan who wrapped his hands around Rylan's waist.

Speaking to The Sun, a source said: "Rylan and Declan seemed to be getting very close outside the restaurant in Marylebone. You could definitely tell that there was a romantic spark.

"It looked as if they were on a date. They shared intimate kisses and cuddles outside the restaurant. The kisses looked very passionate and they left holding hands."

The star who found fame on The X Factor recently opened up about his split, crediting his beloved mum Linda for her support during the traumatic time.

He told OK! Magazine: "I couldn't have got through the last year without my mum – she was there for me majorly. She was my entire support, if I was a puppet, she was the strings.

"I didn't think I was going to come back at all at one point, I didn't want to come back.

Linda went on to explain that the Celebrity Big Brother star ended up sleeping in her bed to get some rest from his heartbreak.

She said: "It was really hard last year, he's got this beautiful home, but he was here with me, he couldn't sleep so I said, 'Get in my bed with me'.

"I didn't know what he was thinking of doing. He's lost so much weight, he was just staring all the time, I was crying all day with him, and I was forcing him to eat."

Despite taking a short hiatus from his career, Rylan is back in action and delighting viewers on Gogglebox with Linda.

Daily Star has approached Rylan and Declan's representatives for comment.