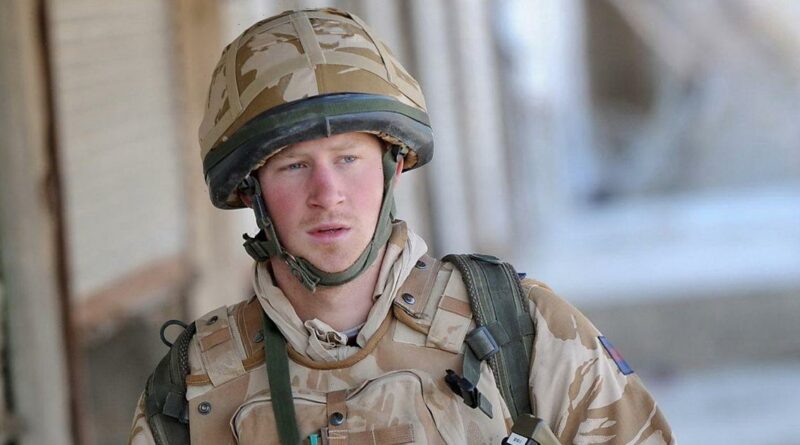 Lizzie Cundy has lashed out at Prince Harry who recently found himself under fire for sharing private details about his time in the military.

The Duke of Sussex, 38, is set to release his explosive memoir, Spare, on Tuesday (January 10) and has openly discussed being deployed to Afghanistan as well as leaving the armed forces.

Harry has previously never disclosed the number of Taliban he had killed while serving but in his memoir, he shares that on six missions as an Apache helicopter pilot, he took the lives of several people.

He adds that he didn't think of the 25 he killed while fighting the Taliban as "people," instead seeing them as "chess pieces" that had been taken off the board.

"I think Harry doesn't realise what he's doing, there is something very sad about this. There's obviously been a change since Meghan."

Lizzie was later reminded that she had once been tasked with setting Meghan up on a date with a British bloke and explained that Ashley Cole had politely declined.

In spare, Harry added that his "number" didn't give him "satisfaction" but it also didn't make him feel "ashamed", before adding he would "naturally" prefer not to have that number on his military CV.

He goes on to explain that they were "Bads taken away before they could kill Goods," and he had been trained to "other-ize" the Taliban.

The Taliban have since responded to Harry's revelation, branding him a "loser" with another leader claiming he committed "war crimes".

Molavi Gol told the Daily Mail: "We are still here ruling but he has fled to his grandmother's palace. He's a big-mouth loser who has been trying to get attention.

"Even if he believes [that he killed 25 Taliban], our martyred Mujaheddin are in heaven, but his invading friends are burning in hell and I really hope I was in Helmand when he was there, to make him understand what real chess pieces are. If he's a real man and not a f***ing loser, come to Afghanistan again."

Meanwhile, Taliban leader Anas Haqqani says Harry committed "war crimes", saying that not a lot of soldiers who killed Afghans "have your decency to reveal their conscience and confess to their war crimes".

Speaking to the Daily Star, Lizzie previously said: "Even saying the number of Taliban he's killed, which in army law you never reveal – he's put his own security and his family's security at risk."