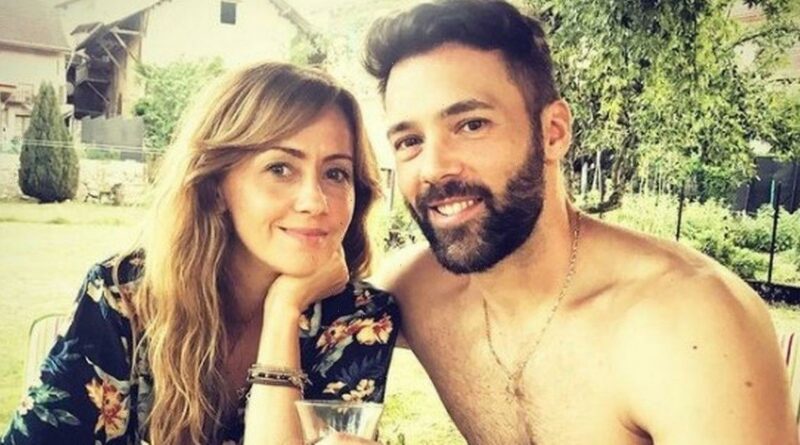 Samia Longchambon left fans begging for more after she shared a video of her professional ice skating husband Sylvain Longchambon on Wednesday as he went shirtless to do the gardening.

In the latest Instagram post from Samia, the Coronation Street star posted a clip of her Dancing on Ice star husband using the garden roller while shirtless, as the song Crush by Jennifer Paige played over top.

The caption read: “I’ve got a crush on my gardener,” also tagging her hunky hubby Sylvain.

With a love heart filter over the top, the Corrie star was swooning for her long-time partner.

This comes just weeks after Samia spoke openly about her weight issues when appearing on Dancing on Ice in 2013, where she met husband Sylvain.

She said: "Sylvain was giving me doughnuts for a bit of sugar because my anxiety was so bad.

"I couldn’t sleep, I was running on empty for the first couple of weeks because I was so nervous."

Samia has suffered from anxiety for years, saying she was “literally born worrying".

But since lockdown begun, Samia claimed that her crippling anxiety had been doing better.

After previously suffering from “all-consuming” panic attacks, the slower pace of working from home helped ease the discomfort she was feeling.

She said: “I’ve found it’s finally eased while being on lockdown. I’ve had social anxiety most of my life which has been very challenging. But I’ve found that now everyone has had to slow down and I don’t have that pressure to attend social events. The bustle of life has lifted.”

Samia found comfort in the regular hours of Corrie to maintain a comfortable home life while still getting to pursue acting full time.

The star has been playing the character of Maria Connor on the ITV soap since 2000.

Having first been introduced to the show as a kennel worker looking for love, Samia’s character has had multiple romances, a stint in prison and a recent pregnancy.

With lockdown easing up, it’s good for fans to see that the star is coping well with her anxiety and still able to have a laugh with her husband.