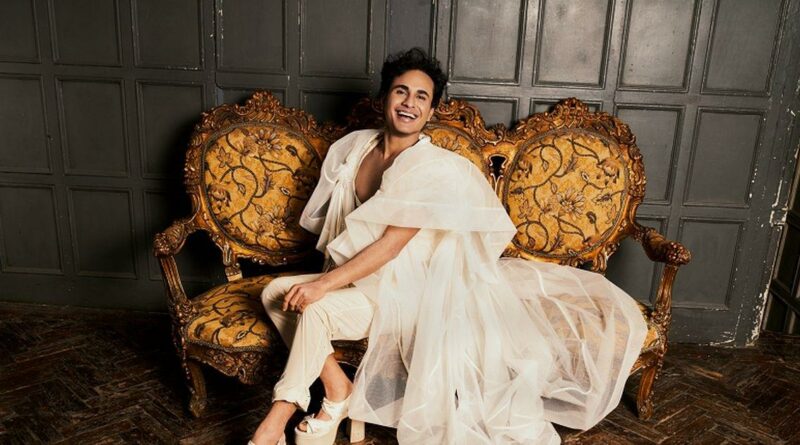 Male soprano Samuel Mariño has turned his high-pitched voice he was bullied for at school into a career as he signs a major record deal and releases first album.

The 28-year-old singer has proudly confirmed the release date of his first album, Sopranista (meaning male soprano), with major record label Decca Classics which is set to drop on May 27.

Venezuelan singer Samuel, is known for his gender-defying music which he often performs in beautiful ball gowns with a face full of glamorous makeup, but the artist hasn’t always been as comfortable in his gender identity.

Now, in an exclusive interview with the Daily Star, musical agents Laura Monks and Tom Lewis have revealed how he was horrifically bullied for his unique voice and even took steps to alter his magnificent singing voice as a teenager.

The co-presidents of Decca Records explained: “As a teenager and despite the bullies and crushing pressure to conform, Samuel found the strength to stand out.

“As a result, he has travelled the world, charmed the musical world and become an extraordinary inspiring role mole for acceptance and understanding.”

They went on to share how the star even asked his mother to take him to a specialist voice doctor during his teens where they offered him surgery to lower his larynx and deepen his voice.

Luckily the medical professional explained the value of having a high male voice as a classical singer which led to him going on to study at the National Conservatory in Caracas.

His new agents went on to express how excited they are to have the singer on board as they gushed over his mind-blowing vocals.

They added: “When Samuel sings, he transports you to another world. He is quite literally one-of-a-king!”

As he prepares to launch his new album next month, the artist confessed how he hopes his gender-fluid representation will help others to accept their identity and pursue a creative career regardless of their gender expression.

He said: “Whether someone feels like a man, a woman, non-binary, I want people to make music. When I wear a dress and make-up on stage, I do it because I love fashion and it’s a statement.

“I get messages from transgender people who say thank you so much for being on stage like this. This encourages me to continue to make this art that I love so much.”

Samuel’s latest album is set to include the famous Cherubino aria from Mozart’s The Marriage Of Figaro in which the female singer performs the male role in order to “celebrate male ‘castato’ singers”.

The star is set to make his London debut with a highly anticipated recital at St Martin-in-the-Fields on April 22. To find out more, visit the website here.