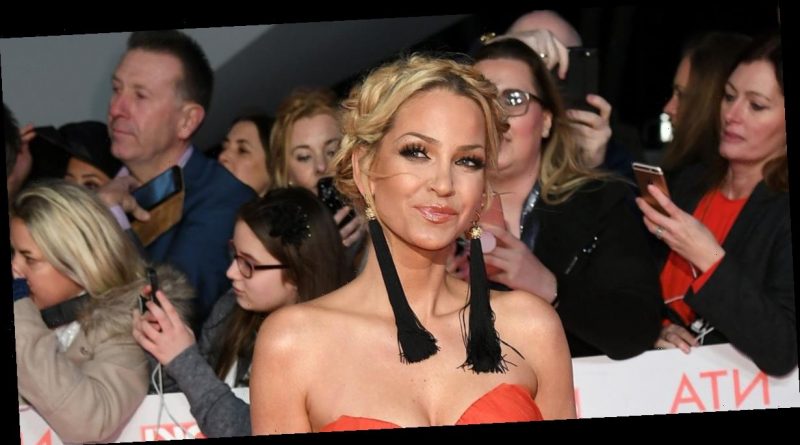 Sarah Harding has revealed that she cries when the thought of not being able to have her own children enters her mind.

The Girls Aloud icon is currently battling cancer, which had initially been spotted in her breast before rapidly spreading to her spine, lungs and brain.

Due to her diagnosis, the singer has since undergone a mastectomy as well as intense rounds of chemotherapy and radiotherapy in a bid to slow down the disease.

In her debut autobiography, Hear Me Out, which was released on Thursday, March 18, the 39-year-old shared the devastating effects chemotherapy has had on her chances of becoming a mum.

The Indelible singer penned: "I was saying how we never thought Nadine would be the first one of us to have a child, and that now three of them have kids."

Bandmates Cheryl, 37, has son Bear, three, Kimberley Walsh, 39, has Bobby, six, Cole, four, and is expecting her third child, while Nadine, 35, has a daughter Anaíya, seven.

Sarah went on to write: "It might seem odd to worry about not having children when I don't even know how much of a life I have left, but it's there."

However, she noted that even if her quality of life was to improve, her treatment would prevent her from naturally becoming a mum.

"The truth is, even if my prognosis was better, it still wouldn't be on the cards because of all the chemotherapy I've had," she said.

"That treatment, harsh as it is, will have killed any chance I might have had. It's making me cry just thinking about it."

Following Sarah's tragic diagnosis that her cancer had spread through her body, bandmate Cheryl has said that she's thinking of Sarah "every waking hour".

In an extract from Hear Me Out, Cheryl wrote: "The news of Sarah's illness hit me so hard. Since that day, she's been on my brain every waking hour – so much so that I feel like I want to be with her."

Cheryl continued: "Initially, I felt helpless, I struggled to find the right words to say when I spoke to her, and I didn't know what to do or how to be."

"Now I just want to be there for her in any way I can.

"To hear her talk about what might have been in her life, and what should have been, destroys me, it's broken me now, just thinking about it."

Daily Star revealed earlier this week that despite Sarah being warned that Christmas 2020 might be her last, she received positive news.

Sarah said: "Before I put this book to bed, I wanted to share a little bit of positive news.

"MRI scans at the end of December revealed that the tumours in my brain and in my lung have shrunk a bit with the treatment."

Sarah Harding – Hear Me Out

The singer added: "I don't know exactly what this means for me, but at least I know it's moving in the right direction, and right now, every little victory feels momentous.

"With this news under my belt, I was able to enjoy a relaxing quiet Christmas with mum and yes, I got plenty of lovely Christmas pressies.

"At the moment, I'm just grateful to wake up every day and live my best life, because now I know just how precious it is."

Hear Me Out, by Sarah Harding is available to purchase now.

If you or those around you have been affected by this story, you can call the MacMillan Cancer Support line on 0808 808 00 00.