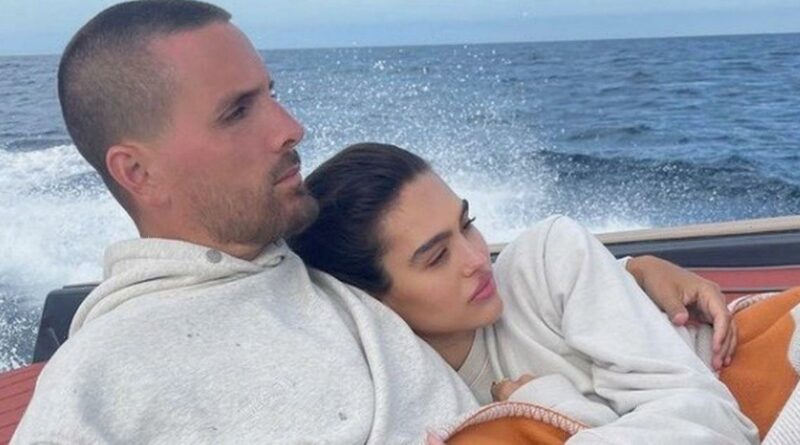 Reality star Scott Disick and his girlfriend Amelia Hamlin have ended their short relationship but there are conflicting reports over who dumped who.

The 20-year-old model and the 38-year-old star’s breakup news comes just a week after the father-of-three’s private messages about ex Kourtney Kardashian were made public.

The pair are said to have clashed after Disick, who shares three children with ex Kourtney, sent a message to Kourtney’s ex boyfriend, Younes Bendjima.

“Yo is this chick ok!???? Broooo like what is this. In the middle of Italy,” Disick reportedly said via Instagram DM alongside a photo of her straddling current boyfriend Travis Barker on a boat.

Though Hamlin initially seemed to have Disick’s back by posting a message about being “nicer to each other", their relationship apparently fizzled out shortly after.

And it seems her Real Housewives of Beverly Hills star mum Lisa Rinna is pretty pleased, as, responding to an article about the split, she shared a smiling emoji.

Lisa, who is married to actor Harry Hamlin, has been vocal about her distaste for the relationship in the past.

While multiple reports state that Scott is the one who called it quits with Amelia, a source told TMZ: “It wasn't anything personal, he just didn't see a future with Amelia long-term, and didn't want to keep wasting his time or hers.”

Another sign of turmoil surfaced after Hamlin sent another cryptic message on social media — this time by sharing a picture of a shirt that read: “Don’t you have a girlfriend?”

“It’s partly because of the Kourtney drama but also just ‘Scott being Scott,'” a source close to the couple claimed to PEOPLE.

“The breakup was coming regardless” added another source, stressing that it “wasn’t related to the messages Scott sent about Kourtney".

As for Kardashian, who shares 11-year-old Mason, nine-year-old Penelope, and six-year-old Reign with Disick, a source revealed that she and Barker "don’t care about Scott’s opinion, but Kourtney is upset it’s now public".

Disick and Hamlin, who have an 18-year age difference, were first romantically linked in October 2020 after attending Kendall Jenner’s birthday party together.

A few weeks later, they both shared photos from a romantic dinner date in Montecito, California and eventually made their relationship Instagram-official on Valentine’s Day.