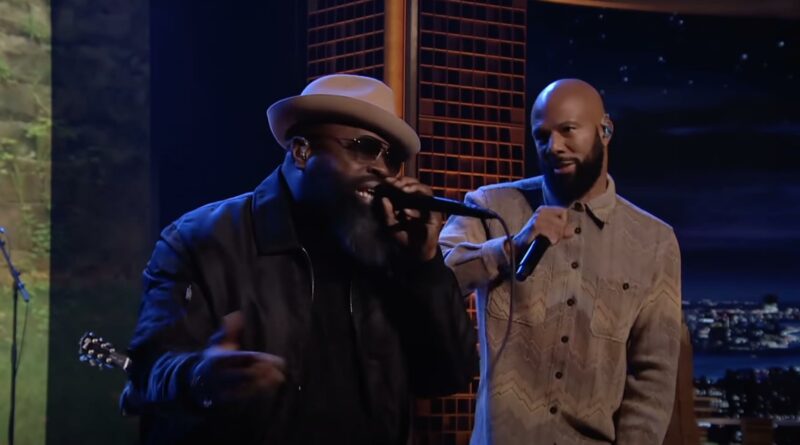 Days after announcing his new album A Beautiful Revolution Pt. 2, Common visited the Tonight Show Thursday to debut his latest single “When We Move” alongside the Roots’ Black Thought, who also appears on the studio version of the track.

For the performance, the rappers were joined by saxophonist Seun Kuti, the youngest son of Afrobeat legend Fela Kuti. Black Thought previously featured on Common’s “Say Peace,” from 2020’s A Beautiful Revolution Pt. 1.

Common also played a game called “Rap Remix” with Jimmy Fallon, with the rapper tasked with improvising verses over unlikely instrumental tracks like the Super Mario Bros and Curb Your Enthusiasm themes:

Hours after the Tonight Show appearance, Common released the studio version of the single:

“A Beautiful Revolution Pt. 2 was created with hope and inspiration in mind,” Common said in a statement of his new LP, out September 10th. “The spirit of the album was meant to emulate what a greater day would sound and feel like. We were in the midst of some tough political and socially challenging times. There was still hurt, anger, and pain lingering, so I was thinking, ‘What is the next step in this revolution?’ I thought about what being still in these times had brought me and that was a peace beyond understanding, a greater love for self, a closer connection with God, and more appreciation for my family, friends and the simple things in life.”