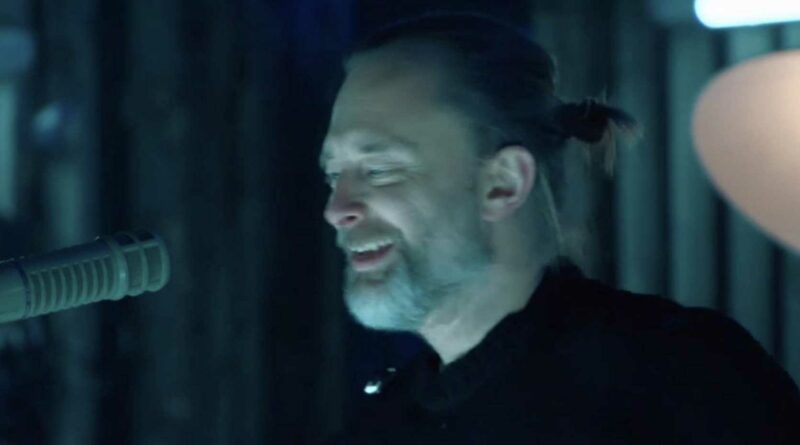 The Smile — the Radiohead side project featuring Thom Yorke and Jonny Greenwood alongside drummer Tom Skinner — made their debut Saturday during Glastonbury’s Live at Worthy Farm livestream, with the trio performing a set boasting a handful of new songs as well as revisiting an unreleased Radiohead rarity.

After that, the Smile kicked off a string of seven new songs: According to a setlist posted on social media, those tracks were titled “The Smoke,” “You Will Never Work in Television Again,” “Opposites,” “Panavision,” “Just Eyes and Mouth,” “We Don’t Know What Tomorrow Brings” (which the band later posted on Twitter, above) and “Thin Thing.”

A side project that should satiate Radiohead fans who long clamored for the band’s return to “guitar-rock,” the Smile’s eight-song set found the trio bouncing between post-punk assaults and a few slower numbers similar to Yorke’s solo works. Yorke and Greenwood also rotated bass and guitar throughout the performance.

In his lone remark during the performance, Yorke introduced the band, “Ladies and gentlemen, we are called ‘The Smile.’ Not the smile as in ‘ahh,’ more ‘the smile’ as in, the guy who lies to you every day…” The trio took their name from a Ted Hughes poem of the same name.

Since the Smile were revealed Saturday, the band has launched social media accounts and an official website, but no release plans have been announced. The Smile’s entire concert can be replayed Sunday during encore streams of the Live at Worthy Farm event, which also featured Coldplay, Haim, Damon Albarn, Jorja Smith and more. Due to technical difficulties during the initial livestream, two more streams have been scheduled for Sunday: