Last year, Selena Gomez covered synthpop duo Yaz‘s “Only You” for the 13 Reasons Why soundtrack—and today, she released an original song, “Back to You,” to celebrate Season 2. “With this song, it’s a very special record,” Gomez told Zane Lowe Thursday on Apple Music’s Beats 1. “I want it to be a beautiful message in a really complicated way—but really fun.” The track was a “special project,” Gomez said, and not part of her long-awaited third studio album.

Gomez is one of the Netflix series’ executive producers, after she and her mom acquired the rights to Jay Asher‘s best-selling novel. The 13-episode first season caused controversy for its graphic depictions of rape and suicide, among other topics. Gomez admitted to Lowe she was “a little bit” surprised by the backlash, then argued, “Comfort is the enemy of progress. I think when something makes that sort of noise, it’s either two reasons: It’s either so foul or it’s amazing. And I think that’s when you get people to wake up. I don’t do it to glorify anything.”

“This is real life. I’ve had numerous parents and kids come up to me [and say] how it’s just opened the door for healthy communication, and that’s all you want,” she added. “You know, we’re not going to end these certain things or try to break through it unless we take those risks.” Gomez said nobody “is trying to desensitize” the issues the characters face in the series. And as a result of the repercussions, “I just learned to be bold, to stand by what you believe in.” 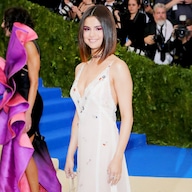 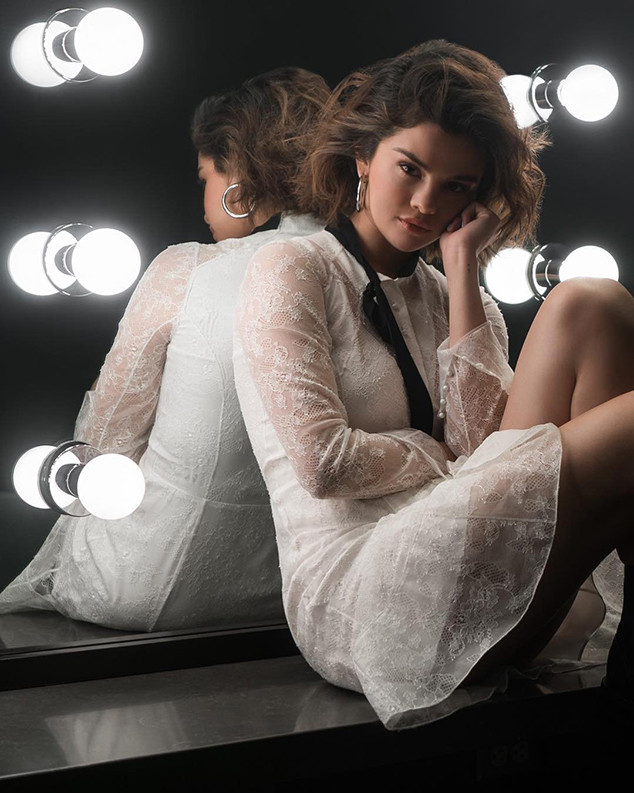 Her “special project” aside, when can fans expect another album from Gomez? She released three singles last year—”Bad Liar,” “Fetish” and “Wolves”—and she has “so many” songs ready to go. “I’m finishing up the album but we’re also trying to figure out a fun way to take our time. There’s no date; there’s no idea for it. But, I have a lot of music that I’ve collectively put away.”

Admittedly, she was nervous about matching the commercial and critical success of her last album. “This has been building for maybe two years. I was really happy with Revival, but at the same time, I was terrified of doing another record,” she said. “For me, it could be like it was a step down, or I needed to beat that record. And I think every artist kind of struggles with that.” To alleviate the pressure, she took her time in the studio. “I wanted it to be great—and had I not waited a good year or two, I wouldn’t have had the best songs I’ve ever had.” Rest assured, she didn’t forget about music. “I have visuals for what I picture the songs to be and I’m excited.”

Gomez did not reveal who inspired the lyrics in “Back to You.”

Gomez also took time off to focus on “personal things,” she explained to Lowe. “I like being a little mundane when I’m not doing anything, because then I get to just be myself for a second.”