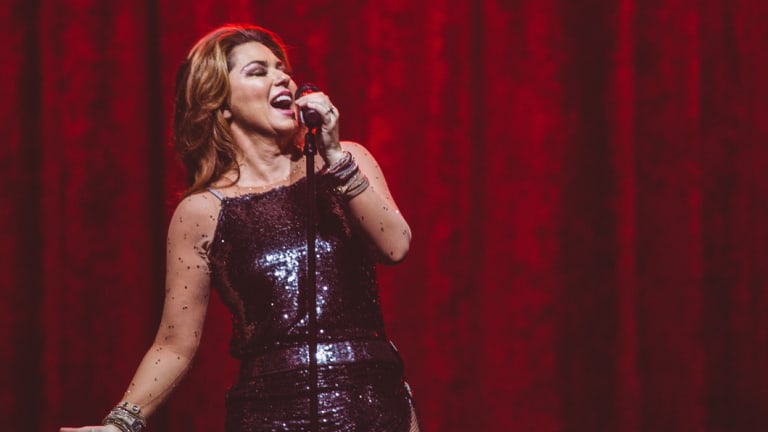 At the height of her career as the best selling female country artist of all time, it’s safe to say I would not have been seen dead at a Shania Twain concert. As a young person beginning to define themselves through music and fashion, “country crossover” was not “cool”.

Fast forward into adulthood and I stumbled into so-called “alt-country” – tell us, please, what even is it? – with a vengeance, cowboy boots and all, still holding out against that “other” type of “mainstream” country. 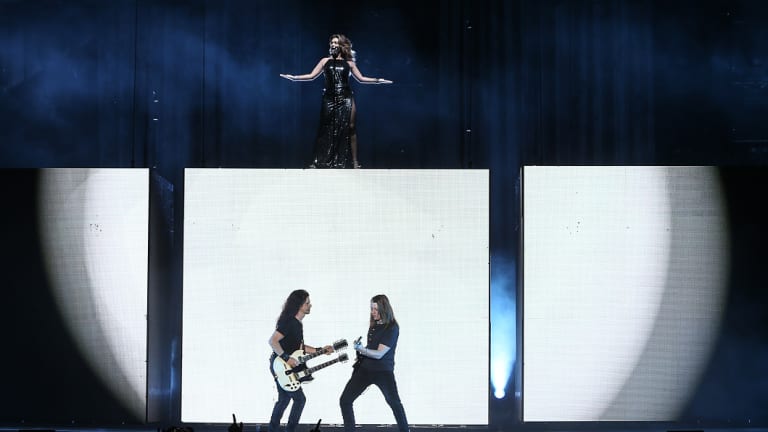 Cheese-factor dialled to the max, including a double-neck guitar.Credit:Marina Neil/Newcastle Herald.

Thankfully, as one gets older, the fixation with labels, genres and tribes begins to melt away and, to borrow a quote from Ms Twain herself, what remains is a prerogative to have a little fun.

And fun she delivers by the tractor-load from the get-go, entering the stadium mid-audience and prancing through the crowd to the stage. 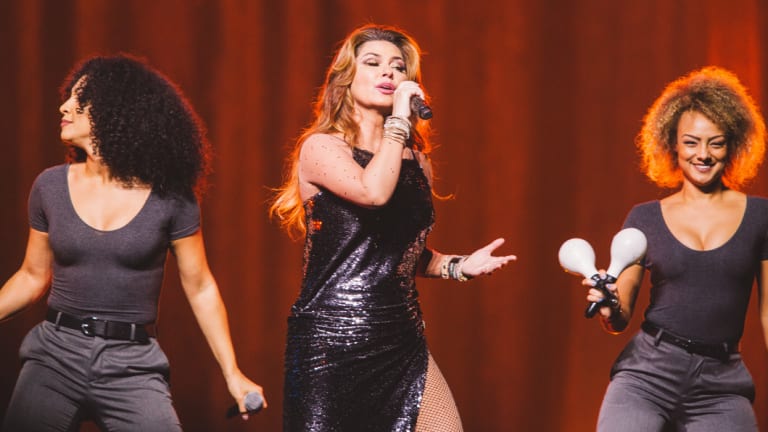 There are fabulous outfits – from a glittering hat and matching gown with a slit in all the way to her hip, to a sheer flowing number over a skin-toned underthing, and the most outrageous sparkling bodysuit with fringed legwarmers that almost puts Cher, who graced the same stage just weeks ago, to shame.

We got a variation on the full leopard print from That Don't Impress Me Much and the original top hat, we're told, from Man! I Feel Like a Woman. 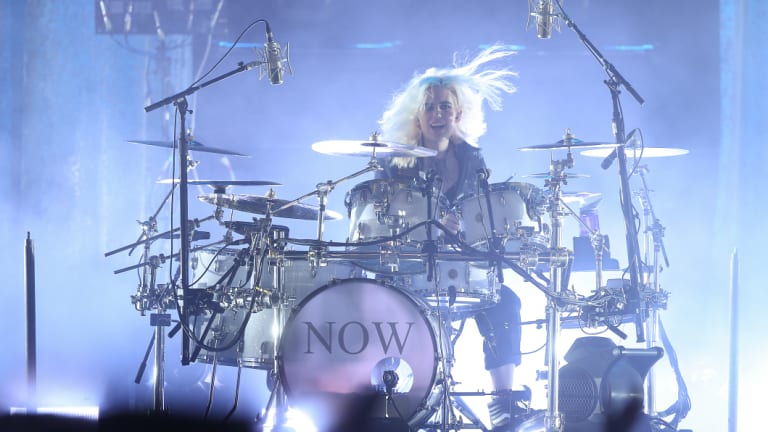 The outfit changes brought some surprisingly loud transition music, complete with dated electric guitar solos and punctuated by the heavy metal stylings of a young female drummer who battered her instrument in a flurry of peroxide hair.

Let’s not beat around the bush: the cheese factor was melting over the sides and burnt on the top. Fortunately, cheese is my favourite food group. 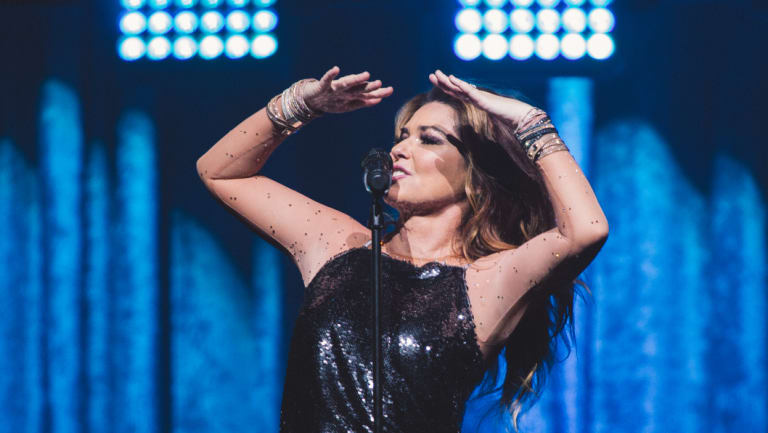 There was wonderfully camp choreography (“I love sexy men,” Twain declared at one point) from the multi-talented backup crew (the dancers doubled as backing singers and the guitarists doubled as fiddle players and so on).

Inspired stage design had them all gyrating atop giant cubes lit up on all sides with digital screens. The cubes moved around the stage, lifting the performers up in the air like futuristic go-go girls. 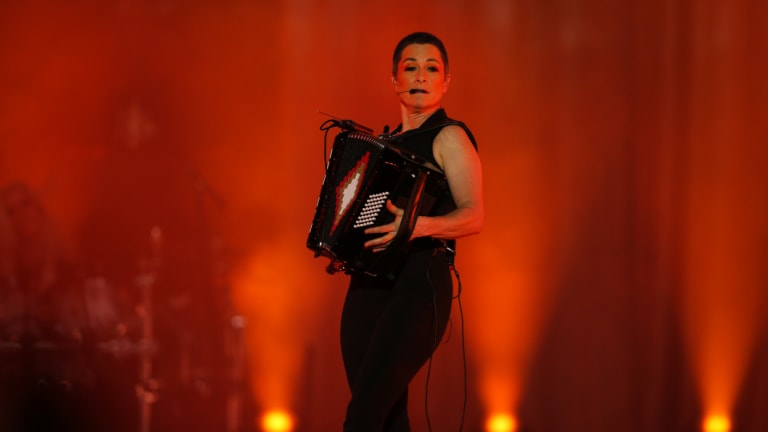 Twain delighted in reliving all her greatest hits from her very country early years to all those huge hits from 1997's Come On Over through to the more contemporary pop vibes of last year's Now. The rockier country tunes are born for a stadium setting. 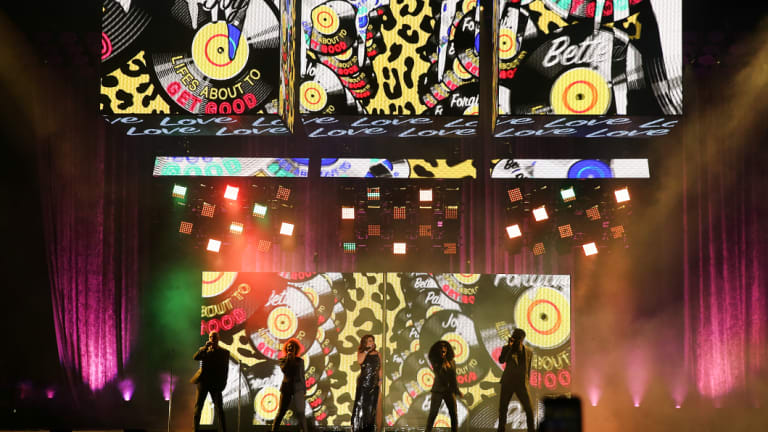 All of it came with Twain's undeniable star power, but one of the highlights was the joyous surprise of Melbourne's very own Shania Choir joining her on stage for a song or two in their matching Shania wigs and leopard print jackets.

It was through this group's hit Fringe Festival show that I first learned of Twain's compelling life story (including, crudely speaking, a husband swap with her best friend and a bout of Lyme disease which forced her out of the spotlight for years).

As she listened to their choral arrangements of her songs for the first time, Twain appeared floored by just how good they were (hot tip: you can catch them at Midsumma Festival in January), and praised them for their love of music and harmony – and their sense of humour.

Suffice to say she did seem much impressed but, Shania, so were we.

This is how most Americans cure the winter blues