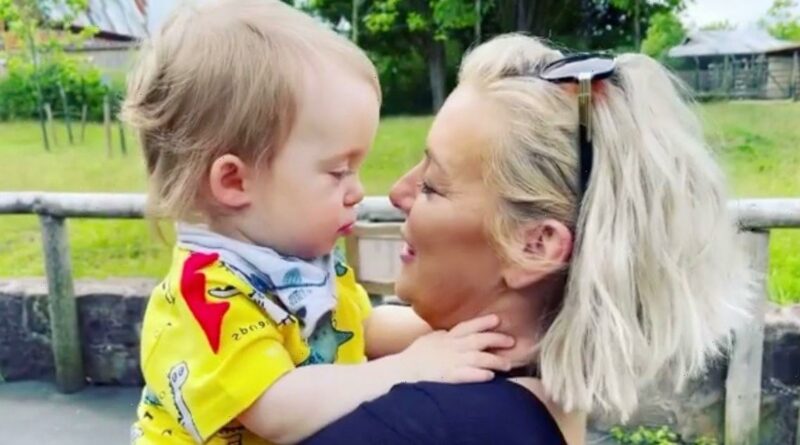 Sheridan Smith has revealed her son child is named after her late brother who died when he was just 18.

The former Gavin & Stacey actress became a mother in May 2020 when she welcomed son Billy into the world with partner Jamie Horn.

Taking to Instagram over the weekend, the actress revealed the sweet way she paid tribute to her late brother as she remembered him on what would have been his 50th birthday.

The 40-year-old actress shared two snaps with her 677,000 followers – one of her older brother Julian climbing a tree as a child and a sweet shot of her one-year-old son, Billy.

Sheridan captioned the moving post: "Today would’ve been my big brother Julian’s 50th birthday, so I celebrated him with his beautiful nephew Billy Julian".

Fans and celebrity pals sent the star well wishes, as well as pointing out the resemblance between her son and his late uncle.

"Gosh he is his double," one Instagram user remarked, while another commented: "He’s the image."

Media personality Lizzie Cundy told the award-winning actress she was "sending love", adding a love heart emoji to her comment. Sheridan opened up about the childhood trauma of losing her elder brother Julian to cancer on an ITV documentary last year.

Speaking shortly after giving birth to son Billy, the West End performer was forced to take a break from the cameras as she recalled losing Julian on Sheridan Smith: Becoming Mum.

After composing herself, she shared: "I remember lots of happy memories of me and him, he was my big big brother and I really looked up to him."

The talented star was just eight when her beloved brother sadly passed away.

Discussing how the pain of grief is still present, she continued: "I really vividly remember the night he died and all the screaming I tried to block it out.

That is why I think therapy could have been good – as you hold onto stuff from childhood."

Sheridan said she was "overwhelmed with love" after giving birth to Billy on May 9, 2020.

Sharing her happy news on Instagram, the star wrote: "Our little man has arrived! We are both completely overwhelmed with love" Two months after welcoming her first child into the world, Sheridan confirmed his name in an Instagram picture of a cake with a sleeping baby and ‘Billy’ written on it in icing.

"Beautiful cake yesterday made for the little man by lovely Cat and @britruevis at @truevisiontv headquarters," she captioned the snap in July.

"We finished our documentary for @itv, can’t wait for you guys to see it! Been an emotional rollercoaster but worth every second!"

The 40-year-old star first revealed she was pregnant with her first child in October 2019 while talking to audience members on a cruise ship.

The Cilla actress said: "I've got a baby on board."

Sheridan had previously sparked pregnancy rumours when she told fans she was suffering from "morning sickness".

Alongside an Instagram picture, she wrote: "About to set sail for 4 days, wish me luck with my morning sickness."