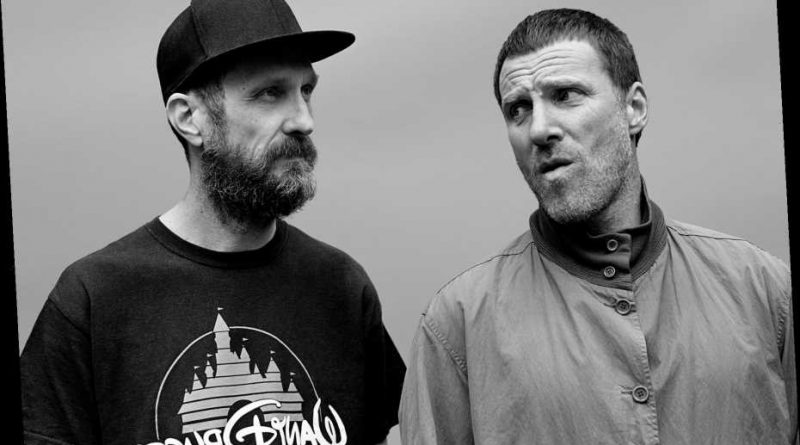 When the only music you can stand is the drumbeat of rage coursing through your aching head, the Sleaford Mods are always good for a spin. They’re Nottingham’s answer the Fall, with singer Jason Williamson rant/rapping about everything from austerity-era Britain to consumerism to the foibles of the music business over Andrew Fearn’s spare-yet-sharp beats.

Spare Ribs, the Mods’ 11th LP since they formed in 2007, is a veritable a la carte menu of outrages. Sick of hipsters who fetishize the blue collar existence? Check out “Nudge It,” which kicks off with Amy Taylor of Amyl and the Sniffers growling “gimme, gimme” then descends into a clattering evisceration of “fucking class tourists.” Sick of crooked, elitist politicians who only care about their pockets? Pop on “Short Cummings,” a sneeringly obscene takedown of Dominic Cummings, Chief Adviser to the Prime Minister of the United Kingdom. On the verge of murdering your entire family in a lockdown-induced haze? You’ve got “Top Room,” which “talks about the daily ordeals of dealing with lockdown at home, having everybody at home every day,” according to Williamson. It also contains the lyric “I think I want something to come out of my phone that ain’t there,” which is an all-too-accurate take on social media malaise.

Written partly during lockdown, the record features some of the least annoying songs about the pandemic recorded since the initial outbreak in 2019. And that’s heavy praise, considering some of the truly treacle-shellacked tracks that oozed into the zeitgeist last year. In addition to “Top Room,” there’s also “Glimpses,” which touches on how the world stood still when the pandemic first hit (“The air’s got space and glow in clouds now”), and “Out There,” which hones in on the bleak, empty bizarreness of early quarantine days. “You kind of half expect Tom Cruise to be running around the corner at any point,” Williamson said of the deserted streets and the dystopian quality of the era. That track also aims the finger at conservatives who seem to always blame foreigners for their myriad problems. “Although [Covid] obviously came from a foreign country, I think it’s a bit deeper than that, obviously,” Williamson said. “But there seemed to be this view that immigrants were bringing it over, which is just stupid.”

Cue up this acerbic romp through society’s various and sundry ills the next time you feel the towering tidal wave of universal anger descending — which will be, likely, in about five minutes.