Home » Music » Sophie Is Gone, and It's Okay to Cry 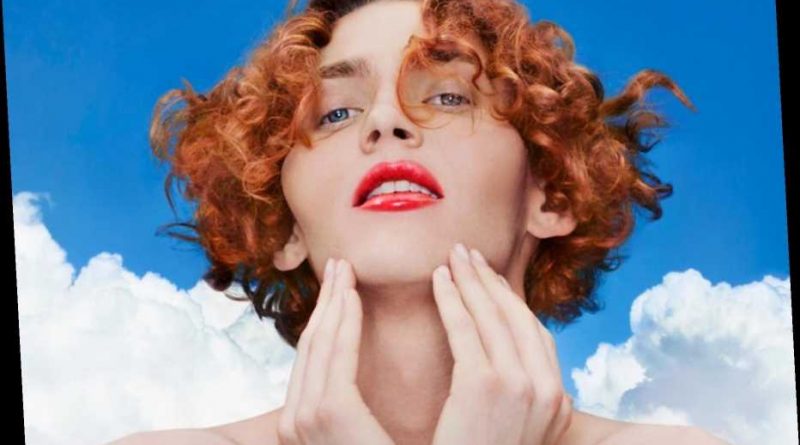 It was after 1 a.m. by the time Sophie arrived onstage to close out PC Music’s SXSW showcase in March 2015, but you’d have been playing yourself if you left before her set. PC Music was one of the hottest topics of discussion in Austin that year — a mysterious, mischievous U.K. dance music collective that was either reinventing pop or destroying it, depending on whom you asked. Devoted ravers and curious passersby alike filed into the Empire Garage that Thursday night to see what SoundCloud jesters like A.G. Cook and Hannah Diamond sounded like in the flesh. Sophie wasn’t an official member of the group, just a good friend, but she got the headlining slot. Anything else would have been absurd. The memory of the other sets melted away into the background as she overpowered the late-night audience with a stunning barrage of hard beats and elastic vocals. It was fun, it was loud, it was a little scary. Sophie was a star. Now, six years later, she has died far too soon at age 34.

Two months after the SXSW showcase, still thrilled by the memory of that night, I met Sophie at a bar in Williamsburg, Brooklyn, for her first ever in-person interview. She had an intense, focused gaze and spoke in laser-sharp sentences from across a battered wooden table in a side booth. PC Music founder A.G. Cook was there, too, striking a genial and chatty tone, but Sophie was less interested in putting a journalist at ease than in communicating her philosophy of art to the world. She pushed back on the then-common idea that PC Music was a conceptual joke about fakeness: “One thing that really interests me is that despite the way it’s perceived by people as being something very synthetic and artificial, it’s actually impossible to do something completely synthetic,” she told me. “You have got to have a real person. No matter how you’ve organized things, you always have to interact with the real world and real people… In the real world, truth is stranger than fiction. If you try to create a synthetic personality, it’s always going to be flat and two-dimensional next to something real.”

Remembering Sophie: Hear (Almost) Every Song the Avant-Pop Artist Ever Made

'Baby, It's Cold Outside': A Brief History of the Holiday Song Controversy

Something real. That’s the secret of early Sophie classics like “LEMONADE” and “HARD”: As stylized and machine-like as they might seem on the surface, every sound on those tracks was constructed by a human being searching for a way to express their deepest self. An ecstatic craving for freedom is the engine for that faster-than-light motion. Sophie, who famously hotwired standard synthesizers to create her alien sounds from scratch, was an artist with as much soul as any acoustic singer-songwriter. Later in that same May 2015 interview, she put this with characteristic pithy intelligence. “I think all pop music should be about who can make the loudest, brightest thing. That, to me, is an interesting challenge, musically and artistically,” she said. “And I think it’s a very valid challenge — just as valid as who can be the most raw emotionally. I don’t know why that is prioritized by a lot of people as something that’s more valuable. The challenge I’m interested in being part of is who can use current technology, current images and people, to make the brightest, most intense, engaging thing.”

Sophie was a deservedly A-list producer in the second half of the 2010s, working with everyone from Vince Staples to Madonna. Her most willing partner in that quest for the brightest and most intense version of pop was Charli XCX, who collaborated with her on a string of stunning singles toward the end of the decade. The pummeling grace of “Roll With Me,” the campy futurism of “Vroom Vroom,” the tweaked bliss of “Out of My Head” — these songs take the theoretical promise of the producer’s early music and give it a spectacular shape. Something real.

In 2018, Sophie released her only studio album, Oil of Every Pearl’s Un-Insides.

“It’s Okay to Cry,” the crystalline ballad that opens the album, took us to an unprecedented level of sincerity: “Just know whatever hurts, it’s all mine/It’s okay to cry.” The rest of the album was full of diabolical bouncing beats like “Faceshopping” and giddy glowstick anthems like “Immaterial,” but it was important for Oil of Every Pearl to begin with that simple expression of love and understanding. The music was never a joke.

There was nothing like hearing a Sophie track in a packed club, surrounded by other people on the same wavelength. I was lucky enough to experience that a few times over the years, and I should have taken more chances to see Sophie. I wish more than anything that I could go out tonight and hear a DJ play “LEMONADE” or “Roll With Me.” It feels cruel not to be able to grieve this loss that way.

Instead, I’ll remember one of the last times I got to feel a Sophie track rippling through a crowded room. In April 2017, Charli XCX’s Number 1 Angel tour came to New York’s (Le) Poisson Rouge. The room was full of young pop idealists covered in sweat, glitter, and optimism. I still remember the feeling of levitating off the grimy floor when the room sang along to the bridge of “Vroom Vroom”: “All my life, I’ve been waiting for a good time, a good time.” Then the freaky synths kicked in and the room floated higher. Sophie’s perfect production made that good time possible. Some day, we’ll have a good time again. May her music and her memory live forever.