Home » Music » St. Vincent Moves to a Town That's Right for Her on 'Funky Town' Cover 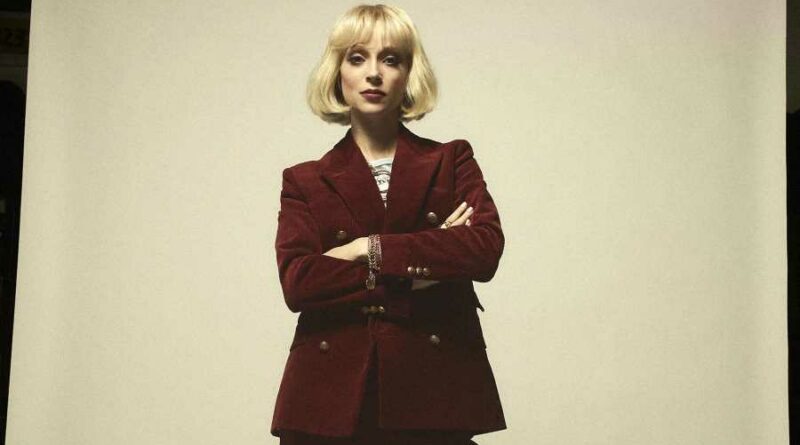 After crossing over into Bowie-esque blue-eyed funk on her most recent album, Daddy’s Home, St. Vincent is keeping the party going with a cover of Lipps Inc.’s disco classic, “Funky Town.” The track appears on the soundtrack for Minions: The Rise of Gru. Both the film, which chronicles the gradual villainization of Minions baddie Gru and is set in the Seventies, and the album are due out July 1.

St. Vincent, aka Annie Clark, worked on the track with producer Jack Antonoff, who co-produced Clark’s last two albums, Daddy’s Home and Masseduction. The track starts off a little weirder than the cowbell-gilded original with a mix of otherworldly synths and country & western strings before settling into the tune’s familiar groove. Clark’s signature chill comes through on the chorus, which finds her curling her voice with the bass line. The clip’s video shows a Minion version of Clark, complete with the blonde bobbed wig she wore on the Daddy’s Home cover, dancing to the tune in a Travolta-esque leisure suit with wide flares.

Antonoff served as the soundtrack’s executive producer and assembled a diverse group of musicians to cover hits from the “Me” Decade: Brockhampton (“Hollywood Swinging”), Phoebe Bridgers (“Goodbye to Love”), H.E.R. (“Dance to the Music”), and Weyes Blood (“You’re No Good”), among others. Antonoff’s Bleachers project tackles John Lennon’s “Instant Karma!” while the Minions themselves cover Simon and Garfunkel’s “Cecelia.” So far the only track other than Clark’s “Funky Town” to be released has been Diana Ross and Tame Impala’s collaboration on “Turn Up the Sunshine.”