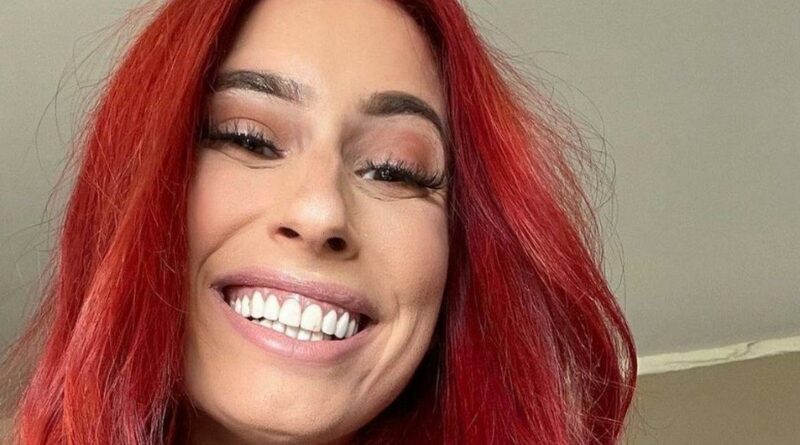 Stacey Solomon was left embarrassed after fiancé Joe Swash made a cheeky comment about her 'dried up' boobs.

The Loose Women star has spent some time away from social media but made a grand return this week, revealing that she was suffering from mastitis (breast inflammation usually caused by clogged milk ducts).

Mum-of-four Stacey previously documented her breastfeeding journey following the birth of daughter Rose last year, having struggled to successfully breastfeed in the past.

She is now breastfeeding Rose less and less and she begins weaning, and revealed to her fans online that she's worried about her boobs becoming "pancakes".

It was during this frank conversation about motherhood when Joe made his soon-to-be-wife cringe.

Posting a video posing in the mirror, Stacey lamented her chest while Joe was laid on the bed in the background.

“Doing a few last videos of my boobs, because they’re drying up,” she laughed. “And they’re about to be pancakes.”

Her comment prompted Joe to cheekily shout: “Then they become my boobies again!”

“Get the milk out, bring them back to daddy,” Joe joked, as the Loose Women star grimaced in the mirror.

She captioned the video: “Taking pictures of my boobs before the milk fully dries up and they go back to empty beanbags, RIP.”

Stacey later shared a video of Rose weaning and happily chomping on a piece of bread.

The former X Factor finalist revealed she was recovering after the brutal battle with mastitis which causes high fever and breast pain.

“Sorry I've been so quiet. I got mastitis and felt like my boobs were on fire. It was awful. After a few days of antibiotics I honestly feel like a new person,” she shared.

Stacey also has two other kids from previous relationships – Leighton, nine and Zachary, 14.