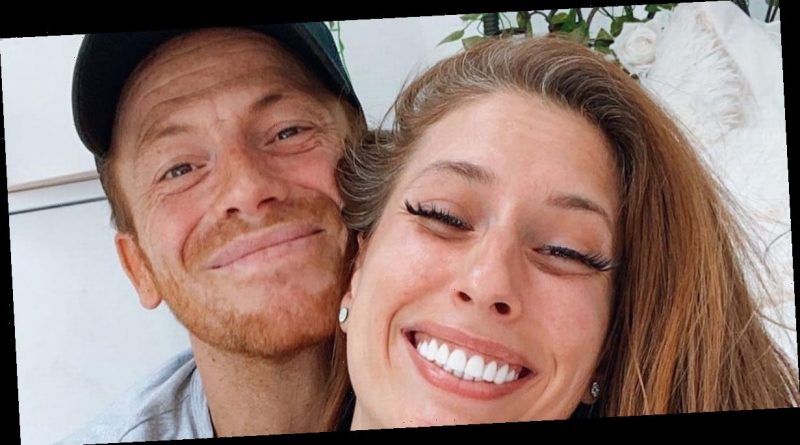 Loose Women star Stacey Solomon has given fans a sneak peak into her wedding preparations.

Stacey and former EastEnders actor Joe Swash, 38, got engaged on Christmas Eve and have revealed they will walk down the aisle this year.

She filmed herself on Saturday night as she transformed her sons' globe into a unique guestbook for loved ones to write on at the wedding.

"I'm going to attempt to make one for our wedding.

"I've stolen the boys' globe. They don't need it right now. As soon as we're allowed to venture out of the house I'll buy them another one."

She went on to film as she took the globe apart telling her four million followers she had "butterflies".

Stacey wrote: ""This really gave me butterflies making this.

"I actually feel really teary… It's so ridiculous, but I love it so much."

The mum of three spray painted the base gold, recovered the map covering and placed stickers on it which read "forever begins today".

She proudly showed off the finished product, which also lit up like a lamp.

The former I'm A Celeb winner added that it made her "heart feel fool" to look at.

Stacey and Joe have been together since 2015, and moved in together three years later.

The couple are set to get wed this year knowing their loved ones "won't be around forever".

Discussing their decision to get married just months after getting engaged, Stacey told fans: "“I used to think I wanted to run away and elope, but after losing family members this year, I could not feel more opposite

"One of the main reasons we’d love to get married as soon as we can is because there’s special people in our lives that will not be around forever."