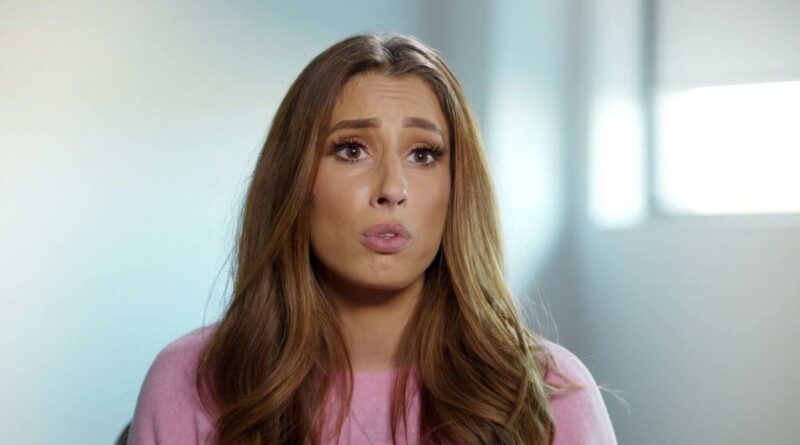 Though life seems pretty rosy for Loose Women panellist Stacey Solomon, things weren’t always this way as she recently recalled the terrible comments she would receive as a teen mum.

She revealed that people thought she was an 'absolute disgrace' as she was having a child at a young age.

Stacey, 31, recently celebrated her second eldest son’s birthday with her family this week.

Sharing some of the birthday celebrations with her fans on social media, Stacey posted a black-and-white video of herself and her children singing her son Leighton a happy birthday.

The star went on to add that her sons hugging in the clip made her quite emotional.

She captioned the post: "Zach's hug in this has proper set me off this morning [laughing emoji, crying emoji]".

But the emotional messages didn’t stop there, as the mother-of-three went on to tell her fans of her early experience of motherhood.

Taking to Instagram once more Stacey uploaded a video speaking on her experiences.

In the clip, the former X Factor explained: "I've got to stop watching that cuddle video because it's doing me in. "I think it's mostly because I am very tired, but also because, you know when you get pregnant at 17 you don't know – or some of you might know – everyone looks at you like you're going to fail and be an absolute terrible parent.

"'And then they grow up and they turn out to be really nice people and you're like, 'I did it, even though you thought I was an absolute disgrace.'"

She then bravely laughed: "'Oh my god."

The former reality star captioned the video: "I keep thinking about when I got pregnant with Zachy and people used to tut at me 'a baby with a baby' and literally tell me to my face what a terrible decision I'd made and how I'd be bringing a child into the world who will be so unhappy. "I'm so lucky I had my family who supported me. [crying face emoji]

"I think about those left alone to do it without any support all of the time. You are amazing… I look at them all now and how kind and caring they are.

She added: "I mean they fight and argue and dodge the shower but they're good people and that's all I've ever wanted. My biggest achievement ever. [crying emojis] I NEED TO GO TO BED [laughing emojis]".

Stacey gave birth to her first son 12-year-old Zachary, when she was 17. She has had two more children since then, Leighton with ex-fiance Aaron Barnham and baby Rex who she shares with TV personality Joe Swash.