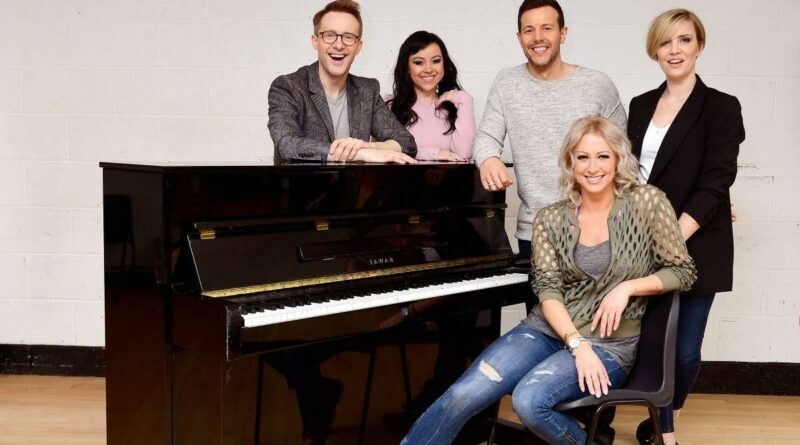 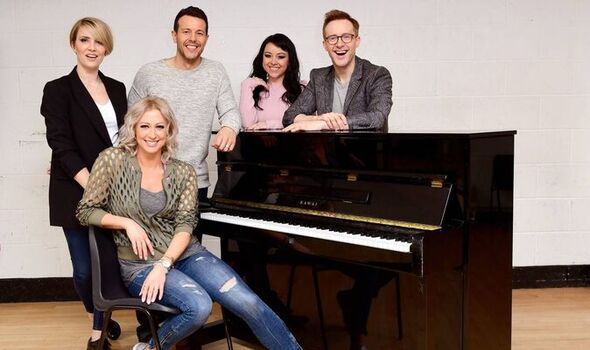 It’s not easy to get a word in edgeways as the five members of the ­ultimate feelgood pop group Steps – Claire Richards, Lee Latchford Evans, Faye Tozer, Ian “H” Watkins and Lisa Scott Lee – ­assemble together on Zoom. You can feel the love through the ether! H is beaming in from his garden, Claire appears to be in her lounge, Faye and Lee are in their respective home offices while Lisa’s in Dubai, where she’s now based.

And they know that together they’re a bit of a handful. “It’s no good you just putting a question out there for all of us to answer,” admits H. “We’ll talk over each other and butt in, you see. You’ll have to ask us individually.”

Noted! But then this band started out together 25 years ago, which is one helluva long time.

Especially in the music business where many groups split up – usually acrimoniously – after several years.

There was, of course, a parting of ways in 2001 after four years when H and Claire left to form a duo, leaving the remaining three out in the cold.

However, the fivesome came together again in 2011 – a reunion that was shown in a “warts-and-all” four-part TV documentary in which they cleared the air and voiced their respective grievances.

In the years since, they’ve released new material as a reunified band and toured extensively at home and overseas while also pursuing solo projects.

Faye reached the finals of Strictly Come Dancing in 2018 and has starred in several musicals. Lisa runs a performing arts school in Dubai. H has also trodden the musical theatre boards and took part in Dancing on Ice 2020, Lee qualified as a personal trainer and became involved in music management, and Claire has a solo recording career. 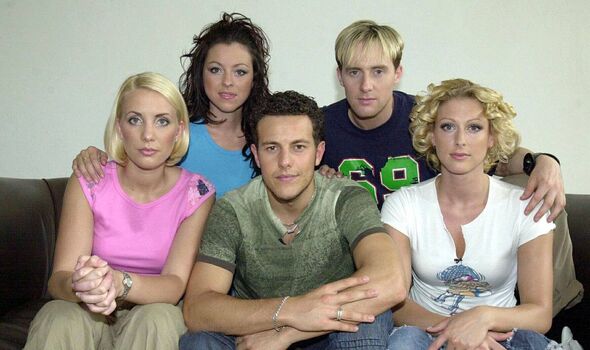 “It wasn’t an easy time,” says Lisa, ­referring to the split. “But being in Steps has turned out to be a bit like being in a long marriage. You have your highs and lows, your ups and downs.

“But you try to work through your ­problems. We have – and now we’re well and truly back on track.”

“We have been for a few years and that’s well worth celebrating.”

And celebrating is exactly what they’re doing with the release next week of The Platinum Collection album in celebration of their 25th anniversary.

“We’ve been gigging at festivals throughout the summer and will continue to do so till mid-September,” Lisa adds.

“In retrospect, I think it was fortunate that the split happened. We’d never be here today as a band if we hadn’t.

“Time apart meant we did other things, grew up a bit and experienced life. The kind of issues that bothered us more than 20 years ago just don’t seem so important now we’re all in our mid-40s and have kids.” 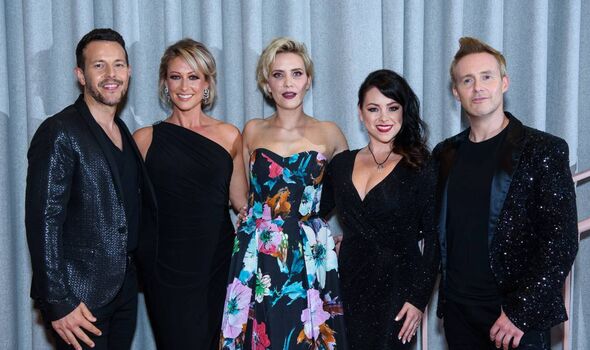 Faye, who has combined her career with raising her 14-year-old son Benjamin, agrees.

“We’re certainly more understanding and tolerant of each other,” she says. “I think we’re better than ever, too.”

“In the early days, we were written off as a kind of novelty band and we’ve worked very hard to shake that off. Novelty bands don’t last as long as we have.”

“There are also two new numbers on the album, including our latest single Hard2Forget.”

So what do they remember of their first meeting back in 1997, after they all answered an ad in the Stage newspaper?

“I was quite shy back then and very nervous,” Claire recalls.

“At the audition, I vaguely remember banging on about cushions and soft ­furnishings for some reason – I have no idea why.”

“Faye sang after me and I remember thinking that she stood out. I also made the mistake of thinking H was very cool!”

“Me, too,” laughs Lee. “Little did I know! I remember walking into the audition room and seeing this dark-haired girl in an orange dress – that was Lisa.”

“I remember Faye’s blonde curls and the shiny trousers she was wearing.”

“She was on her own whereas I was with some college mates and I invited her to hang out with us. Claire had a blue jumpsuit on and she gave me a lift home.”

“I fancied the pants off Lee as soon as I saw him,” confesses H. “But I wasn’t officially ‘out’ then so I didn’t tell him.”

“There was definitely something that drew us all together from the beginning,” adds Lisa. 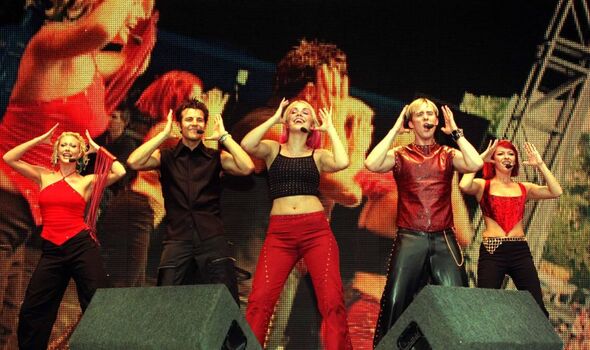 Faye agrees: “Some kind of magic or chemistry. It’s like it was meant to be. But never, ever did I imagine that a quarter of a century on, we’d still be performing together and releasing new material.”

Over 25 years, there were bound to be some stand-out memories of their time together. For Faye, it was their first big gig after the break-up.

“We were in our positions below the arena stage before we came up through the floor,” she recalls. “We were all laughing and joking – so excited that we were doing this again. We couldn’t believe it. It was nerve-wracking but so exciting and the beginning of a brilliant new chapter.”

Claire’s most cherished memory goes back to a Steps Mark 1 moment.

“It was the first time we ever played Wembley,” she says. “I’d worked there as a steward when I was a teenager and vowed that one day I’d perform there.

“For that first concert, my former ­supervisor who still worked there left me a team T-shirt and a note telling me what time the stewards’ briefing was! She also said how proud of me she was!” 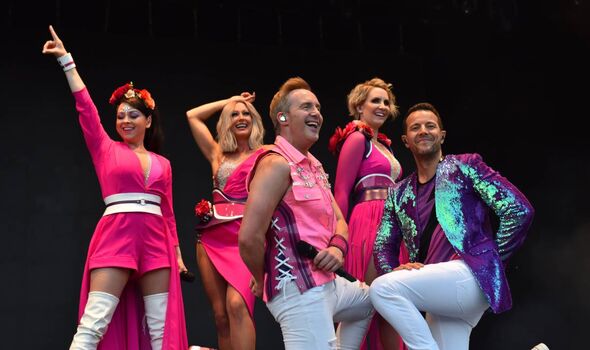 “There are so many great memories,” muses Lee. “The first time we toured overseas, receiving our Brit Awards…”

“For me, it was having our kids on stage with us at one of the arena gigs last year,” interjects H. “Lisa’s two teens, Claire’s two, Faye’s Benjamin and my twin boys, who are six now. What a moment that was!

“It made me feel so proud and I realised how far we’d all come.”

Lee’s a dad now, too. “Hopefully he’ll be able to bring his one-year-old son up on stage at some point and we’ll be able to recreate that moment again,” adds H. “Maybe wait until he’s a bit older before we do baby Steps,’’ laughs Lee.

Steps may now all be in their mid-40s but you’d never think it to watch them performing their high-energy two-hour show.

It seems that once they’re doing their thing on stage, they revert back to their younger selves.

“It’s like we’re in our early 20s again,” Claire explains, “although we are older, wiser and more understanding of each other. We play to each other’s strengths – and weaknesses.

“I’m probably the most organised, H is probably the funniest – at least he thinks he is, and Lee’s the one who forgets the dance steps!’

“I was just reading something about this the other day,” Lisa adds.

“Apparently psychologists say that when you become well known, mentally you stay at the age you were when it first happened.

“That works for me. I was 21 and I really do feel 21 again when we’re performing. I’ve still got the same energy, which is fortunate as I’m wearing four-inch heels!”

So, what are the odds of Steps still being together in another 25 years time?

Lee’s not ruling it out!

“We have an amazing fanbase with new people coming to our music all the time, a banging back catalogue, we’re putting out new material and having a fabulous time on stage. . . why not keep doing it?” 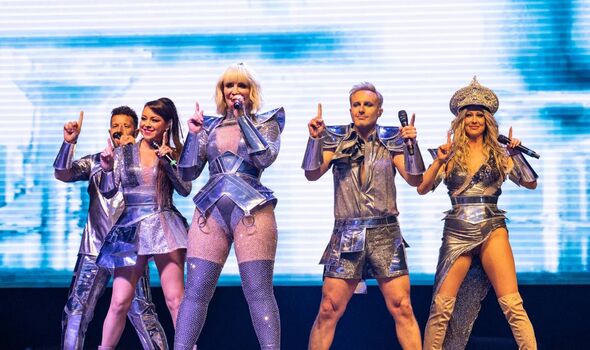 So, speaking of that back catalogue, which is their favourite Steps song? Surprisingly, their biggest hits Tragedy and Stomp don’t get a look in.

Faye’s favourite comes from the Steps Mark 2 era. “It’s Scared of the Dark,” she says. “It’s like our comeback anthem and was written especially for us to mark the occasion.”

“The Last Thing on My Mind is really ­special to me,” reveals Claire. “It’s a cover from 1998 but marks the start of the ­transition of us doing new music.”

“I agree with all of the above,” says Lisa. “We’re lucky to have an amazing back ­catalogue but I really don’t feel that Summer of Love gets the recognition it deserves.”

And Lee? “It’s such a hard choice to make but I think that What the Future Holds, with its lyrics ‘One foot in the past and one foot in the future’, sums us up very well!’