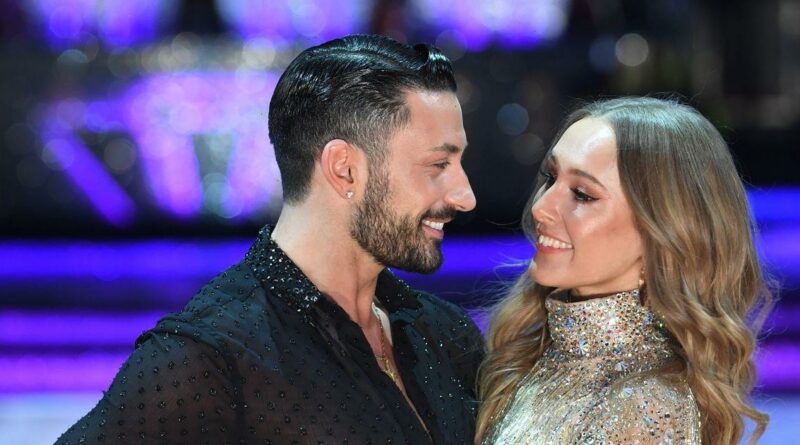 The professional dancer gushed over the EastEnders star, as he praised Rose following her win at the Visionary Honours Awards, where she was given the International Person Of The Year award.

Giovanni shared a photograph of Rose holding her trophy from the awards ceremony on Instagram, captioning the sweet snap: "Proud of you @rose.a.e," next to a red heart and rose emoji.

The actress then thanked the professional dancer in her reply, saying: "Thank you @giovannipernice and huge congratulations for your opening last night."

Rose Ayling-Ellis had earlier taken to social media to share the photograph of her holding the award, saying: "Had a wonderful evening yesterday at the Visionary Honours Awards, so lovely to meet such talented and creative people!

"I am beyond flattered to have won the inspirational person of the year award."

She added: "I always believe the most important people are the ones who we inspire. For me it is the deaf people who have become more confident and prouder of their identity and the hearing people who want to learn more and to do better. That is where the real change happens."

The EastEnders actress made Strictly Come Dancing history when she became the first deaf person to not only appear on the BBC programme, but to win the competition too.

Together with Giovanni, the dancing couple created one of the series most powerful moments, when they danced without music for part of their routine to Clean Bandit and Zara Larsson's song Symphony.

The performance left viewers and the judging panel in tears, with the routine including 10 seconds of silence to highlight what life is like for Rose and other deaf people.

Judge Anton Du Beke also praised the routine, which Rose and Giovanni performed again in the Strictly Come Dancing final, saying it was one of the best performances to have ever appeared on the show since it started in 2004.

The couple later went on to lift the glitterball trophy, with Rose praising her dancing partner following their win, saying: "I just want to say you are so amazing. You pushed me to believe in myself. You are an incredible teacher, but not just that, you are a wonderful friend.

"We've gone through a lot, and no matter how busy we get, you've always got a piece of my heart, you really do."