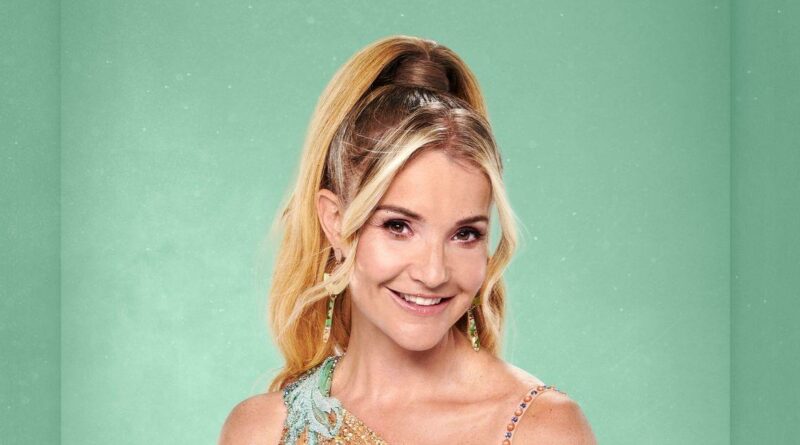 Helen Skelton has admitted she tried to do a runner from Strictly by fleeing through a fire door.

The Countryfile star is one of the current crop of contestants on the BBC ballroom show but had a little wobble before it got under way.

Speaking on her radio show, she said: "I had a little cry. I'm normally cool, calm and collected.

READ MORE: Strictly’s Kaye Adams slams pro for ‘elder abuse’ and fears he ‘could get fired’

Helen – who split from her husband Richie Myler this year – said her professional partner Gorka Marquez came to find her and asked what she was doing.

She said: "I said, 'Just having a minute.' I literally ran. It was like when I did Celeb SAS, I tried to escape that."

The 39-year-old went on: "I don't want to sound ungrateful, but it's very weird. Personal space? You wave goodbye to that. Boundaries are non-existent. You walk in and they go, 'Do you want a fake tan?"

She laughed: "Before you know it you’re naked with a load of people spraying you."

After making her Strictly debut, Helen posted a message on Instagram thanking Gorka for his help.

She wrote: "Credit where it's due… this one @gorka_marquez deserves kudos for not only getting me around the dance floor … But on it in the first place. Grateful Mr M. You're a master at your craft and a belter of a pal."

Helen, who shares three children with her ex Richie, also thanked "all the families holding down the fort behind the scenes".

"We are grateful," said the TV star.

"Pretty sure I will owe my parents Christmas in the Caribbean by time this is over."