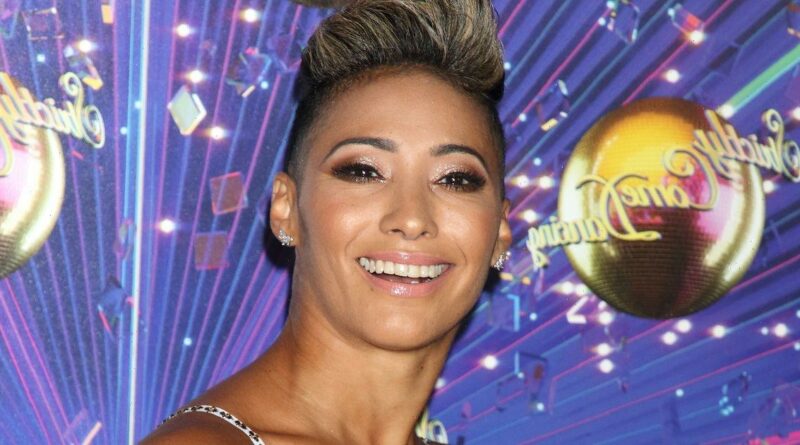 It's the loved-up star’s third marriage after two high-profile celebrity relationships that took her through her entire TV career.

In the UK, she is best known for being one of the pro dancers on Strictly Come Dancing, though she grew up and came to fame in the US.

Karen, 40, even started a relationship with one of her BBC co-stars, though she is with a different type of fitness fanatic now.

She has also been open about the pain her previous relationships has caused her, candidly opening up about her second marriage.

So who was Karen Hauer previously married to?

Though born in Venezuela, Karen spent her early years in New York and in 2009 she tried her hand at the American talent show So You Think You Can Dance.

Here she met her first husband, Matthew Hauer, with the two stars making it to the top 20 spot in the competition.

Their stardom both skyrocketed as a result, with the celebrity couple enjoying their time together while the cameras were rolling.

However, off-camera the relationship wasn’t so strong, as they filed for divorce in 2013.

He proposed to her on stage during a performance of Burn The Floor, putting their relationship right in the middle of the public eye.

They tied the knot soon after, but rumours quickly started to circulate that they weren’t getting along behind closed doors.

In 2018, the pair confirmed that they had split, with the two of them sitting down with Hello! to discuss their decision.

Karen said: "As performers with our fans and as a couple with our family, we have shared so much, so no matter what has happened, we can continue. Things don't have to fall apart."

Kevin added: “It was important to be honest about everything. I think there is a lot of pressure on people to be perfect all the time, and so there is this fairytale image of everything, but at the end of the day we are just like other people.

“We are just two people who love what we do and we never want to pretend to our fans or to anybody."

Later, in 2021, Karen opened up about how much the breakup hurt her while on The Divorce Club podcast.

She explained: "Obviously, other things happen, there are other factors that happened, that really hurt us both.

"I would have liked to have fought for it. It took me a year after we separated to actually let go of him."

On June 7 2022, Karen and Jordan married at an intimate reception in Hampshire.

The dancer described the day as a “fairytale,” adding: "I haven't seen my family for the last two years so it’s really touching to bring them here and be able to share this amazing moment with them."

Jordan is not a dancer like her previous two husbands, but he is a fitness instructor from Australia.

He confirmed their romance last year on Instagram, writing: "32 years… definitely worth all that life could throw at me so that I could have you in my arms.

“How can a donut like me get so lucky to have met my person. Can't wait to have you home."