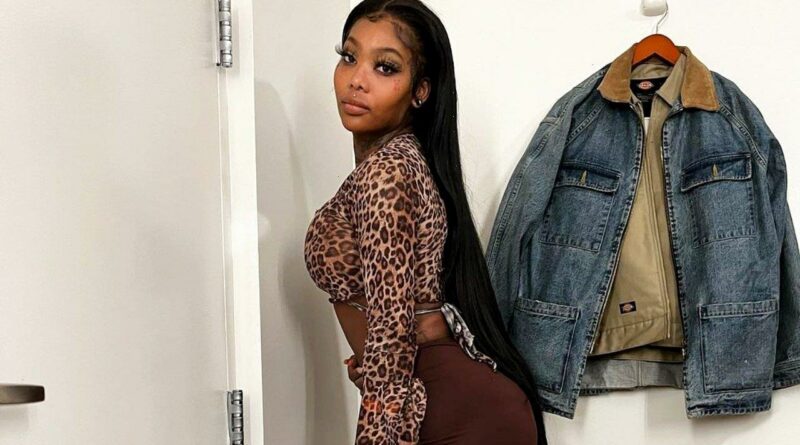 The ‘Girls Need Love’ singer informs her fans that they can get early access to her sophomore album ‘Still Over It’ if they can break the glass boxes that are placed at two locations in New York.

AceShowbiz –Summer Walker has her own unique way to promote “Still Over It”. Taking to her social media account, the “Girls Need Love” singer invited her online devotees to gather in New York City to get a hard drive of her new album which was kept inside a glass box.

“New York City @SummersHarddrive is making an appearance tomorrow,” the 25-year-old musician first announced on Instagram on Sunday, October 17. “If you want the album early go get it! It’s going to take a little work though.”

The glass containers were placed in some locations in New York, including Houston Street and Clayton Powell Boulevard. Fans then gathered at the spots on Monday. Although many people tried to break the boxes, they decided to give up in the end.

One male fan, however, apparently managed to take the hard drive. In a video shared on Instagram by @summersharddrive, it could be seen that the man cracked the frame of the container, prompting the crowd to scream in excitement.

“uhh ooo NYC you came with the timbs and black forces energy!!” so read the caption of the post. “somebody broke the case and got me..they’ll have an early listen to #STILLOVERIT.”

Summer is set to drop “Still Over It” on November 5. She announced the release date of the sophomore album earlier this month by recreating the cover of her “Over It” album.

In a clip posted on her Instagram page, Summer was seen on a phone call with a then-imprisoned JT dated from two years ago. During the call, the “White Tee” songstress opened up about her love life. She also expressed her excitement about the City Girls‘ star release from jail so they can hang out together. They hinted at the possibility of their collaborative single, “Ex for a Reason”.