Home » 'Sun King': What Language Were The Beatles Singing in on the 'Abbey Road' Track? 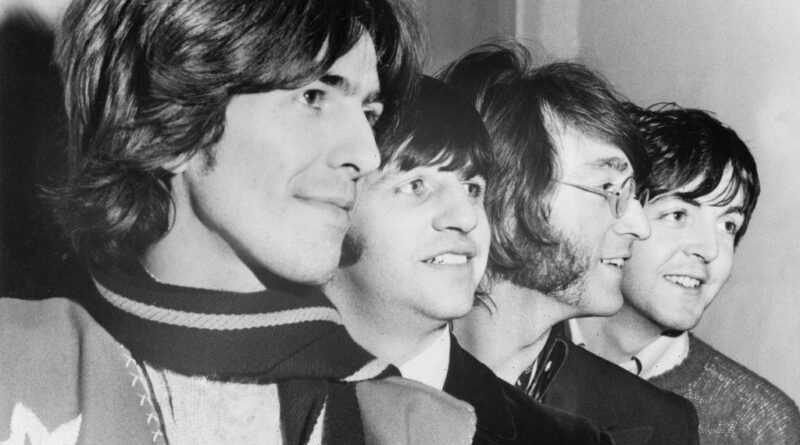 The Beatles‘ album Abbey Road may not have been universally received as a masterpiece at the time of its release but since then, there’s no question it’s one of the greatest rock albums of all time.

One of the album’s tracks, “Sun King,” featured John Lennon, Paul McCartney, and George Harrison singing in another language. Here’s what Lennon had to say about it.

Abbey Road was recorded that year in the midst of The Beatles’ bitter dissolve. In addition to “Sun King,” the album featured what were to become classics: “Come Together,” George Harrison’s “Here Comes the Sun,” and the long medley with “Sun King,” “Mean Mr. Mustard,” “Polythene Pam,” “She Came in Through the Bathroom Window,” “Golden Slumbers,” “Carry That Weight” and “The End.”

McCartney told CBS News how the album’s legendary cover image – and its title – came to be.

“We were in the studio downstairs putting finishing touches to the album,” he said. “And we had another title going on that we didn’t really like. So I just said, ‘Hey, why don’t we just call it Abbey Road? And what we could do, we just go right outside, walk across the crossing. It’s done.’ You know, and it was like, ‘Yeah, okay.’ Everyone agreed.”

While it was the band’s last album recorded in the studio, for drummer Ringo Starr, they could have gone on recording into the 1970s.

“We did do Abbey Road and we were like, ‘Okay that’s pretty good…’ but none of us said, ‘OK, that’s the last time we’ll ever play together.’ Nobody said that. I never felt that,” he told the BBC.

“We’d made this record, and then we would go off and do whatever we wanted to do,” Starr recalled. “And then Paul would call us and say, ‘Hey, you want to go in the studio lads?’ and we’d do another one.”

Referencing the album’s final lyric, Starr finished his thought by saying, “So it was not the end – because in the end the love you take is equal to the love you make. So I never felt it was in stone.”

Written by Lennon, the late Beatle referred to “Sun King” in his last major interview with Playboy as “a piece of garbage I had around.”

The Imagine singer was rumored to have been inspired to write the daydreamy, peaceful, and brief “Sun King” after reading Nancy Mitford’s 1969 biography on King Louis XIV, The Sun King: Louis XIV at Versailles.

Lennon was quoted as saying in the Anthology collection of the wording, which could be Spanish, Portuguese, or Italian – or all of the above: “When we came to sing it, to make them different we started joking, saying ‘cuando para mucho’. We just made it up. Paul knew a few Spanish words from school, so we just strung any Spanish words that sounded vaguely like something.

“And of course we got ‘chicka ferdi’ – that’s a Liverpool expression; it doesn’t mean anything, just like ‘ha ha ha.’ One we missed: we could have had ‘para noia’, but we forgot all about it. We used to call ourselves Los Para Noias.”