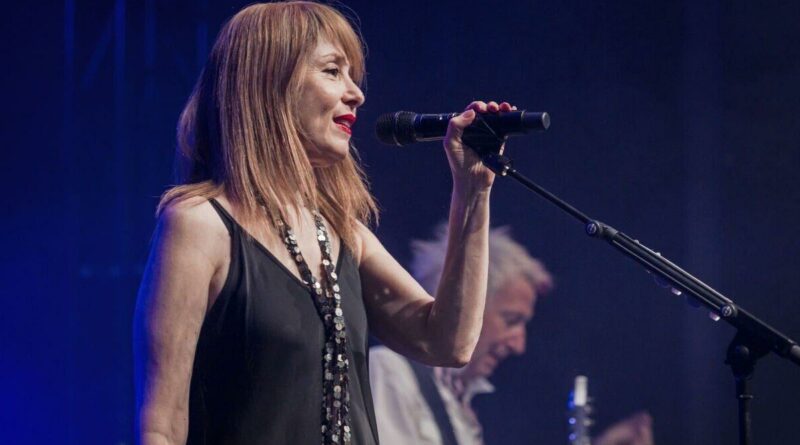 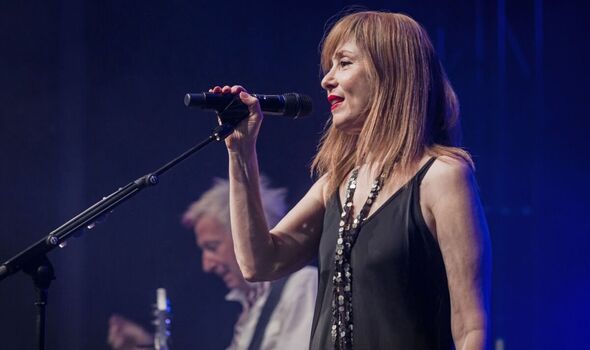 “I’m sure it’s nothing,” she tells me over the excitable Parisian background babble. “A false alarm.” As it happens, she’s right. But the multi-million-selling singer-songwriter – best known for 80s hits like Luka and Tom’s Diner – dismisses the notion that she’s unflappable.

“I’m very stubborn,” she tells me. “If I think I’m right I really stick to it, and in an argument, I tend to throw things.”

She lost her cool onstage on her Solitude Standing tour when one of the crew swung down on a rope throwing Christmas crackers into the audience.

“My bass player took one, pulled it, and part of the cracker hit me in the back of the neck,” Suzanne recalls. She turned and snapped, “That hurt” adding an unprintable US insult.

“I just carried on as if nothing had happened and apologised to him the next day.”

Not quite what admirers of her poetic lyrics and velvet voice expect. But then some fans puzzle her too.

“I’ll be singing something intense and emotionally involved and someone will march up the aisle and reach up to give me a teddybear. I’m playing guitar! I’m not going to stop!

“A gift is nice of course but… they’d never do that to Lou Reed.”

Vega, 63, is in Paris for a three-night run at the magnificent Cité de la Musique, narrating Philip Glass’s 200minute opera, Einstein On The Beach – very different from her forthcoming UK tour where she’ll be performing songs old and new with her long-time collaborator Gerry Leonard.

“I love touring England and the UK,” says Suzanne, adding dreamily, “the pots of tea…I love a real builders’ tea. The spoon should just about stand up in the cup.”

She also loves that most English of TV programmes, All Creatures Great & Small – “There’s something wholesome and very sweet about it.”

Britain is in her blood, although she didn’t always know it.

Her parents divorced soon after her birth and she was raised by her mother Pat and her second husband Puerto Rican author Ed Vega. She was nine when she learned he was her stepfather. Suzanne didn’t meet her British father Richard Peck until she was 28. His own parents, who he’d never met as he was adopted, had been touring musicians.

Vega’s childhood had a jazz soundtrack but her biggest influence was Brazilian bossa nova singer Astrud Gilberto. “I heard her on the radio and loved her voice right away. It was as simple and raw as a little girl’s. That’s still the way I sing.”

Suzanne first picked up her stepfather’s guitar aged 11, and wrote her first song three years later. “He showed me the basic chords. B7 was a lot to take in.”

At nine she had ballet lessons and dreamed of becoming a pro dancer but the lure of music was too strong. She played her first gig at sixteen, “in a little church basement about 25 blocks from my home – I spent six months practicing for a half hour show.”

The first song she wrote was Brother Mine. “It’s kind of country; I have three younger brothers and sisters, and I gave them all countrified names. It was all part of my fantasy of living in the country and travelling by train.”

A fantasy fuelled in no small part by the works of folk legend Woody Guthrie, whose three-chord songs were as influential as they were accessible. And also by the physical and emotional maltreatment she suffered at home.

Her pensive and heartfelt 1987 US smash hit Luka was about child abuse. It took years for Suzanne to reveal that Luka was her, and that her stepfather, although encouraging and capable of great kindness, was also quick-tempered.

After the family relocated to Manhattan’s Upper West Side, Suzanne attended Barnard College, learning her craft in folk clubs and coffee houses. In 1984, eight years after her first gig, a glowing New York Times review kickstarted her career.

“I’d been working with management, sending out demo tapes and getting rejected all over the place. A&M were offering a development deal but after that review Geffen Records came calling, so there was a bidding war and a very nice deal.”

“It was an incredible year,” she says. “But the pressure for the third album was intense. I was happy to tour but I don’t work quickly.”

The Grammy-winning Days Of Open Hand arrived three years later. Vega co-produced it with composer Anton Sanko, her then boyfriend. “It sold a million copies and at the time everyone was disappointed. Just a million? It sounds ridiculous now.”

Fame came quickly, and with it the unexpected joy of being half-recognised. “I was mistaken for everybody. Beth Orton, Isabella Rossellini, Molly Ringwald…

“I’d be changing at the gym and someone would say, ‘You’re Cynthia Nixon’. No I’m not, please go away.” Suzanne laughs, and admits she hadn’t minded the Rossellini.

Vega has an 18-year-old daughter from her first marriage to musician Mitchell Froom, currently the keyboardist in Crowded House, who produced and played on two of her 90s albums; and now lives back on the Upper West Side with her second husband, lawyer and poet Paul Mills.

A Buddhist, Suzanne says her best quality is loyalty, adding “and I’m very affectionate once you get past the outside ring of ice…”

She enjoys taking long walks and reading. “I loved Hilary Mantel’s biography, she’s such a good writer; I loved her Wolf Hall series too.”

Albert Camus’s ability to write about intense subjects in an unemotional way impressed her, and she naturally relates to Jane Eyre’s stoicism.

In her teens, Vega was listening to Bob Dylan and Leonard Cohen when friends were into Bowie. “I didn’t get rock’n’roll until I was 19 and went to see Lou Reed. Then it became a big deal for me.”

Reed’s Caroline Says II changed her life. Lines like ‘Caroline says, as she gets up from the floor, you can hit me all you want to, but I don’t love you any more’, resonated deeply with her. “Because that had been my situation at home and I never knew you could say that on stage…after that I wrote Luka.”

Her own hit Tom’s Diner was remixed into a million-selling international 90s dance smash by British electro duo DNA.

Her tenth studio album is expected this year. It will include Last Train From Mariupol which Vega wrote in response to Putin’s relentless assault on the Ukrainian city, so merciless that the local people came to believe that even the Almighty had fled on the last train out.

Suzanne takes risks but she’s not always understood. Her own brother once admonished her for writing sexual and cannibalistic innuendoes after misunderstanding the lyrics of Undertow, ‘If I could right now, I believe I would swallow you whole’.”

What three of her songs is she proudest of?

“They change but Blood Makes Noise is one. I like The Queen & The Soldier, a mysterious song that arrived out of nowhere, and the newish I Never Wear White which is my version of a Rolling Stones kind of song.