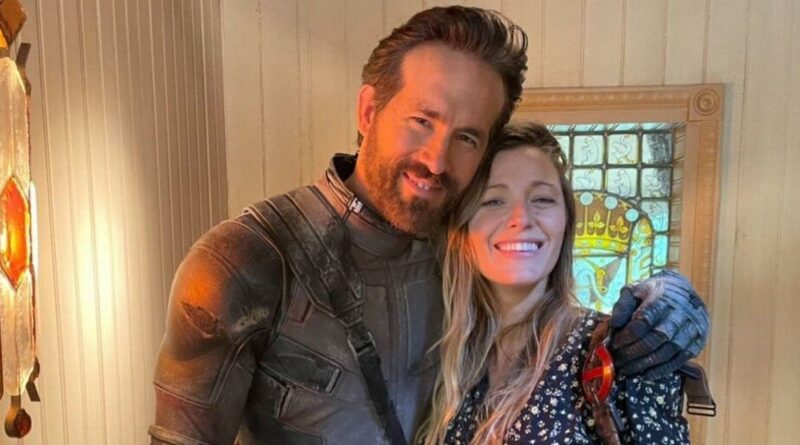 Taylor Swift's fans are convinced she's leaked the name of her friend Blake Lively's unborn baby in a new song.

Gossip Girl beauty Blake is expecting baby number four with her husband Ryan Reynolds, and so far they haven't shared the gender or any name ideas.

However, in Taylor's song You're On Your Own Kid – which is on her new album, Midnights – she mentions a "Daisy May".

And people now think that must be what Blake and Ryan are planning to call their baby.

It wouldn't be the first time Taylor has referenced Blake's children in her music.

She name-dropped the actress's daughters James, seven, and Inez, six, in her Folklore album.

And in 2020 she unveiled a song entitled Betty, which turned out to be the name of Blake and Ryan's three-year-old.

Fans are positive it all points to the new baby being called Daisy.

"Calling it now Blake Lively and Ryan Reynolds baby is going to be named Daisy Mae," one person tweeted. Another posted: "WAIT DO U THINK TAYLOR LEAKED BLAKE LIVELY AND RYAN REYNOLDS' 4TH KID NAME?? 'So long Daisy May'. SHE HAD THEIR OTHER 3 CHILDREN'S NAME IN FOLKLORE."

"Daisy Mae possibly being Ryan Reynolds and Blake Lively’s baby name is definitely on brand for them," said someone else.

"So Blake Lively will be naming her new baby Daisy Mae, right?" said another.

One tweeted: "The theory that Daisy Mae is Blake and Ryan’s new baby’s name HELP?!??! I kinda love it."

"Taylor has used the names of Blake Lively and Ryan Reynolds' children as characters in her songs before, could she have revealed the name of their fourth child here?" wondered someone else.

Blake and Ryan revealed earlier this year that they were expecting again, with the actress sharing snaps of her baby bump on Instagram in a bid to get paps hoping for a pregnancy shot to stop waiting outside their house.