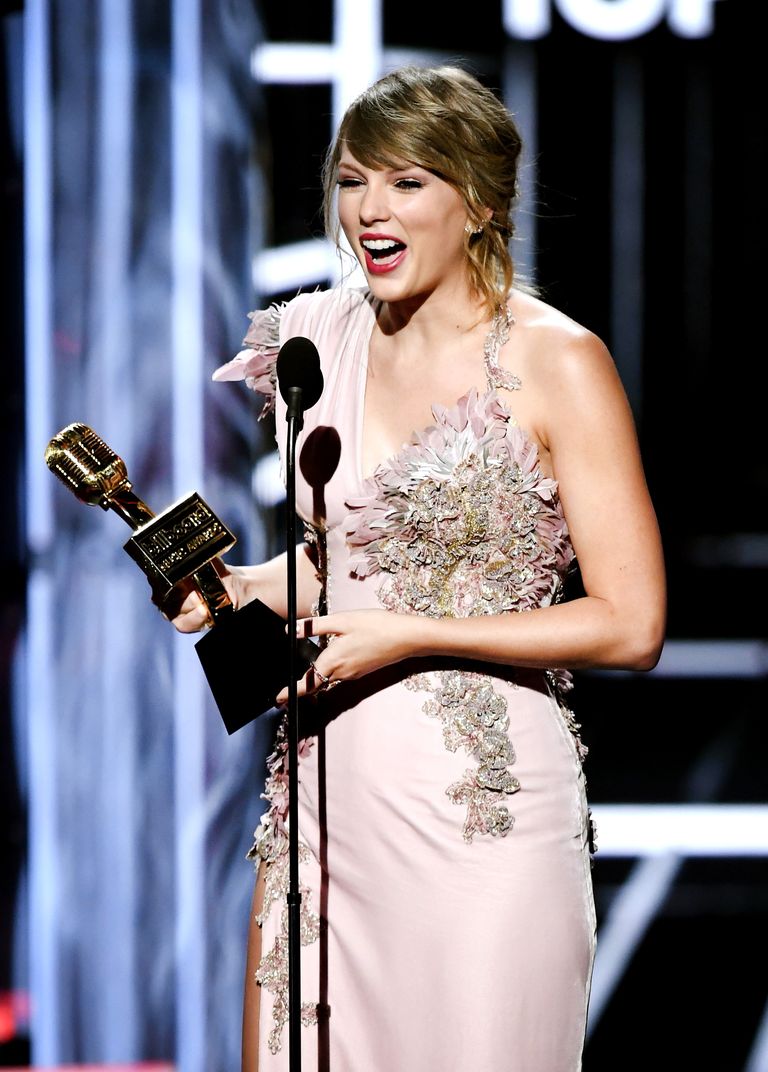 Taylor Swift is nominated for five awards at tonight’s Billboard Music Awards, and has so far won two, for Top Female Artist and Top Selling Album. During her acceptance speech for the latter, she opened up about the 2016 backlash against her that was sparked by Kim Kardashian’s infamous Snapchat ~exposé~.

“When I started writing songs, back when I was 12, I did it as a way to feel more understood,” Taylor said tonight. “And when I was writing Reputation, for a while there I felt really, really misunderstood by a lot of people. I just want to say to the fans, thank you for continuing to show up. The ways that you have cared about me, and the ways that you’ve treated me… thank you for making me feel understood again.”

The speech echoed what Swift has been saying during her Reputation tour, which kicked off earlier this month and has incorporated a snake motif in reference to Kardashian’s use of the snake emoji to shade Taylor. “”A couple of years ago, someone called me a snake on social media and it caught on. And then a lot of people called me a lot of names on social media,” Taylor said during a recent concert. “And I went through some really low times for a while because of it. I went through some times when I didn’t know if I was gonna get to do this anymore.” She added that the snakes were her way to show that bullying “can strengthen you”.

Though Taylor’s not on the slate for tonight, a lot of people are speculating about a surprise performance, so… snakes may be imminent.