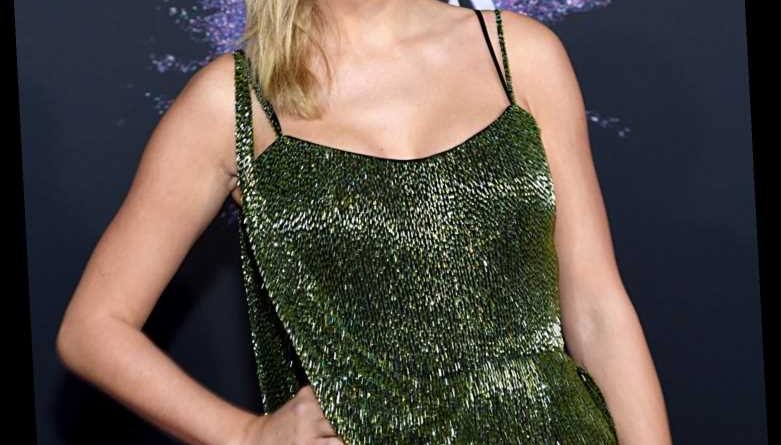 No one's more excited for Taylor Swift's re-recorded Fearless album than the artist herself!

At midnight, the 31-year-old Grammy winner will release Fearless (Taylor's Version), which includes re-recordings of 20 songs from Fearless, her second album. Former Nashville record company Big Machine Label Group, where she first signed at age 15, previously owned the rights to Fearless since its 2008 release. The new version will also include six never-before-released songs.

On Thursday morning, Swift appeared on Good Morning America in a pre-recorded message to fans, sharing her excitement for the new version to be out in the world — while also offering a brief sneak peek at the title track.

"Good morning, America, it's Taylor," she begins. "I just wanted to say, first of all, you guys have been so supportive at Good Morning America since day one of this entire process of me re-recording my music. I'm so ecstatic that my album Fearless (Taylor's Version) will be out tonight. It's crazy that it's finally here."

"I wanted to give you guys, as a thank you, an exclusive first glimpse of one of the songs on the album, the title track, 'Fearless,' " she concludes before the 15-second clip plays.

From the new album, Swift has already released "Love Story (Taylor's Version)" and two "From the Vault" tracks, "You All Over Me" and "Mr. Perfectly Fine." The previously unheard songs are ones that "almost made the original Fearless album," Swift explained during a previous appearance on GMA. In November 2020, Swift was legally allowed to re-record her first five albums, which Scooter Braun gained ownership of last year following his $330 million deal with Big Machine Label Group. Swift previously spoke out after Braun sold her masters to a company called Shamrock Holdings for $300 million.

Those initial albums include Fearless, which won four Grammy Awards and features her hit songs "You Belong with Me," "Love Story" and "Fifteen."

Since leaving Big Machine, Swift signed with Republic Records and Universal Music Group in an agreement to own the rights to her music going forward. In 2019, she released Lover, followed by her two pandemic albums folklore and evermore in 2020.