Home » Music » The Beatles: John Lennon and Paul McCartney Used These 2 Words in Their Song Titles and Lyrics to Connect to Fans 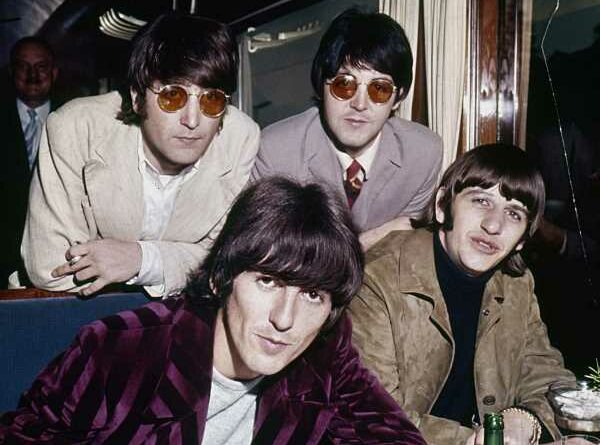 The Beatles’ songs contain some of the most famous lyrics in the history of classic rock music. During interviews, John Lennon and Paul McCartney said The Beatles would often use these two words in their early lyrics to help fans relate to their songs. Despite this, not all of The Beatles’ hit songs follow that formula.

According to the book The Beatles: A Hard Day’s Write — The Stories Behind Every Song, John explained the origin of The Beatles’ early song “From Me to You.” “Paul and I kicked some ideas around and came up with what we what we thought was a suitable melody line,” he recalled. “The words weren’t really all that difficult – especially as we had decided quite definitely not to do anything that was at all complicated.”

John elaborated on why many Beatles songs were similar to “From Me to You.” “I suppose that is why we often had the words ‘you’ and ‘me’ in the titles of our songs,” he said. “It’s the sort of thing that helps the listeners to identify with the lyrics. We think this is very important. The fans like to feel that they are part of something that is being done by the performers.”

During an interview with Billboard, Paul said something very similar about The Beatles’ use of pronouns in their lyrics while discussing “Love Me Do.” “This was a very simple song that fell into the category of ‘fan songs,’” he said. “All our early songs contained ‘me’ or ‘you.’ We were completely direct and shameless to the fans: ‘Love Me Do;’ ‘Please Please Me;’ ‘I Want to Hold Your Hand.’”

Other famous Beatles songs that Paul didn’t mention prominently use “me” or “you” in the lyrics. Some of them are “All You Need Is Love,” “Do You Want to Know a Secret,” “P.S. I Love You,” and “Can’t Buy Me Love.” This use of personal pronouns worked out well for The Beatles commercially. According to Billboard, three of the group’s biggest hits in the United States were “Hey Jude,” “I Want to Hold Your Hand,” and “She Loves You,” each of which make heavy use of personal pronouns in their lyrics if not in their titles.

Despite this, not all of The Beatles’ hit songs make significant use of the words “me” and “you.” For example, “Yellow Submarine,” “And I Love Her,” and “Penny Lane” were all big hits for The Beatles, but they don’t use the words “me” and “you” too much. While John and Paul had a formula for their lyrics and titles, they didn’t need to use it all the time to write hits.