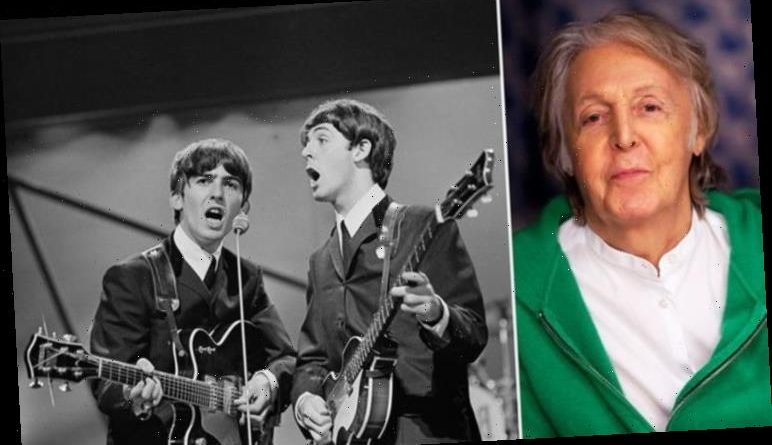 The Beatles star Sir Paul McCartney has released his new solo album in McCartney III and recently took part in a Reddit Ask Me Anything session. During the fan Q&A, the 78-year-old was asked what his favourite George Harrison song and personal live performance was. Well, the answer to the first is probably not that surprising.

A fan asked: “Hello Sir Paul! I love your music! If I may ask, what’s your favourite song of George Harrison?

The star replied: “Here Comes The Sun. It is a brilliant song and the kind of song that’s really good in times like these.”

Harrison’s song features on The Beatles’ 1969 album Abbey Road and is the most streamed Fab Four track on Spotify globally, with over 350 million streams as of just over a year ago.

The Quiet Beatle sadly died in November 2001 at the age of 58-years-old after a battle with lung cancer. 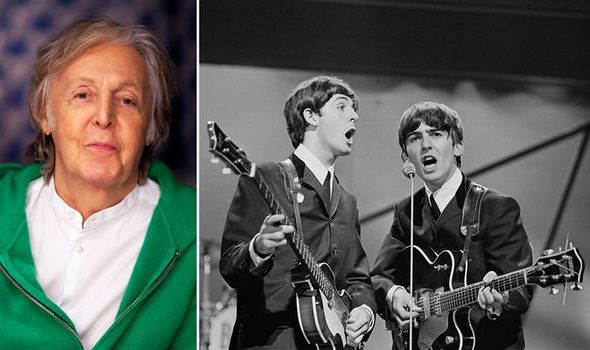 Speaking on All Things Considered last month, Sir Paul shared how he still talks to Harrison through an evergreen coniferous tree planted near his East Sussex home.

The Quiet Beatle had gifted the tree to Sir Paul before his death in 2001.

The 78-year-old said: “George was very into horticulture, [he was] a really good gardener. 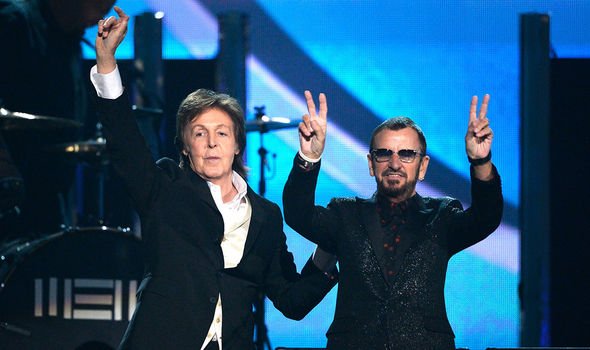 Sir Paul added: “As I was leaving my house [on the morning of December 18], I got out of the car close the gate and looked up at the tree and said, ‘Hi, George.’”

“There he is, growing strongly… that takes me back to the time when I hitchhiked with him! [George and John Lennon still have] an ever-present presence.”

“That’s the tree George gave me. George has entered that tree for me. I hope he’s happy with that.”

Back to his Reddit AMA, and Sir Paul was asked what his favourite performance of all time was.

A fan asked: “Greetings Sir Paul! I’ve been a lifelong fan of your work and I have one question to ask.

“What is your favourite performance you’ve done? Thank you!”

The 78-year-old replied: “I think the last show we did at Dodger Stadium in LA was great fun, it was a great crowd and things went down very well.”

The star was referring to the closing show of his last solo tour on July 13, 2019.

It was a particularly special performance because Sir Ringo Starr joined Sir Paul on stage at the end for a Beatles reunion.

Speaking with PA last year, the 78-year-old said: “In 2019 when I finished touring in Los Angeles, Ringo got up on stage and we were doing Helter Skelter together. And he’s drumming away and I’m singing facing front because I was on the mic.

“But when I wasn’t on the mic, in the solo breaks and stuff, I really made a point of turning round and watching this guy drum. And I’m thinking, my god, you know the memories across this 10-yard gap here. Him on the drums and me on the bass, the lifetime that’s going on here.

“So, you know, it’s a sort of magic. And he and I these days get quite emotional about it, because we should. We ought to. It’s a bl**dy emotional thing, the years. If nothing else.”