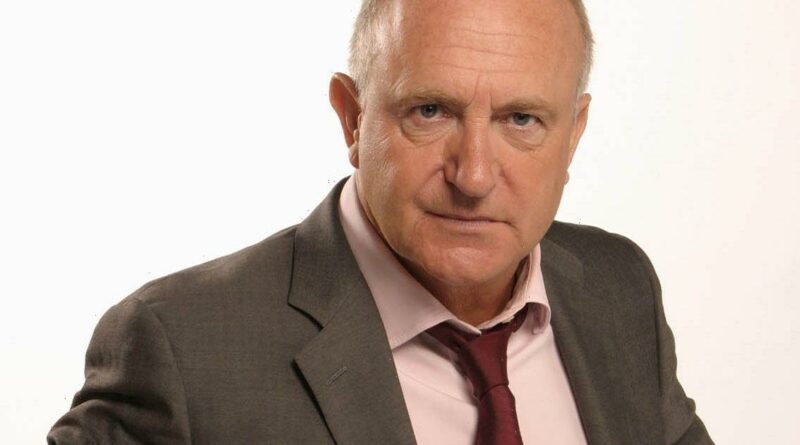 The actor first appeared on our screens as the hard-hitting police officer in 1990 and fast became a fan favourite, becoming a series regular by 1992 after 13 guest appearances.

He then racked up an impressive 842 episodes over the 20 years until the show was axed in 2010 with dozens of gripping storylines.

Despite his controversies and nearly losing his job several times as well as having a strained private life due to the demands of being DCI Jack was the heart and soul of his station.

Simon, 70, now looks unrecognisable to his days as the popular character, 11 years on from the end of the hit series.

He may have been best known as the loveable officer in charge but he has starred in a range of other shows including Coronation Street and Broadchurch.

He has also turned his hand to theatre work, appearing in several productions, including playing Gerald in the stage adaptation of Simon Beaufoy's 1997 box office smash The Full Monty.

However, fans will always primarily associate him with The Bill.

When the show ended in 2010 after 2425 episodes devastated fans created a petition to bring it back to screens but failed.

The Bill originally launched in August 1983 and ran for 27 years until August 2010. The show gradually moved from a family-friendly 8 pm slot to the post-watershed time of 9 pm as the storylines evolved with the times.

Last year UKTV Play began airing classic episodes of the hit series much to the delight of fans who get to relive the action all over again with their screenings.


Stay up to date with the latest news in Showbiz and follow your favourite celebrities by signing up for our newsletter by clicking here .