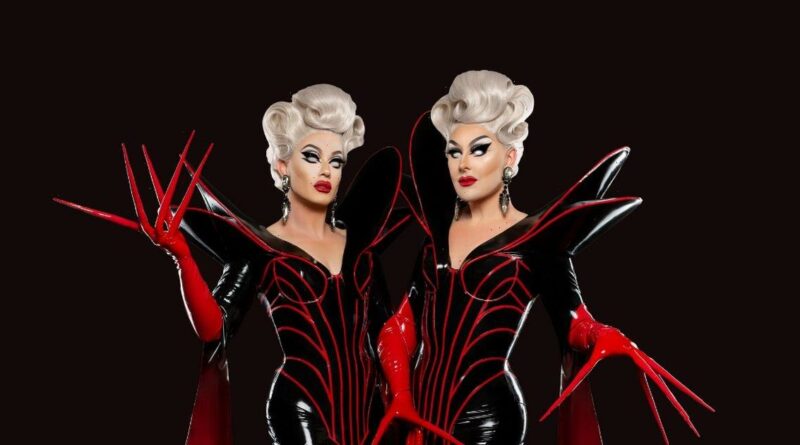 Drag royalty The Boulet Brothers have confessed the epic horror drag competition would host “a season of all [drag] kings” if they had enough applicants.

After another successful season on the show, it’s fair to say the TV legends have helped pave the way for mind blowing artists up and down the country to take centre stage to showcase their talents in all areas of drag expression.

Now, the mighty duo – who are individually known as Dracmorda and Swanthula Boulet – prepare to bring their ghoulish show across the pond to the UK, with their band of soul-shaking monsters on their live tour.

But before the pair shock the nation with their mind-blowing show, the couple sat down with the Daily Star as they hinted that fans could expect to see an all-female cast later down the line.

When asked about upcoming season for the Shudder exclusive TV series, Drac and Swan explained their aspirations for the show as their loyal fanbase continues to grow year-on-year.

They explained: “I think we can speak for ourselves and for the Boulet Brother Dragula.

“We would have a season of all kings if the applicants were there, and if the best drag artist and that crop of people auditioning all happened to be drag kings then we would cast them all.” The mighty duo went on to share all the behind-the-scenes secrets that would give contestants the edge and land themselves a position on the show.

Drac added: “I mean, our show is open to drag across the spectrum and it doesn’t matter what you identify as or your drag expression. We’re all artists, right?

“So, I can just say, from our perspective, the door is always open for drag kings, queens, people that might switch and everything in between.

“Cryptids and creatures – we want to see it all,” they advised.

As for what audiences can expect from the Boulet Brothers’ upcoming tour, the Brothers advised attendees to “wear a raincoat” if you’re sitting in the front rows.

The official Dragula tour kicks off on Sunday (March 13) in London's Clapham Grand before travelling to 11 venues around the UK including Glasgow, Manchester, Brighton, Leeds, Nottingham and Birmingham.

Tickets are available now via SeeTickets.com.