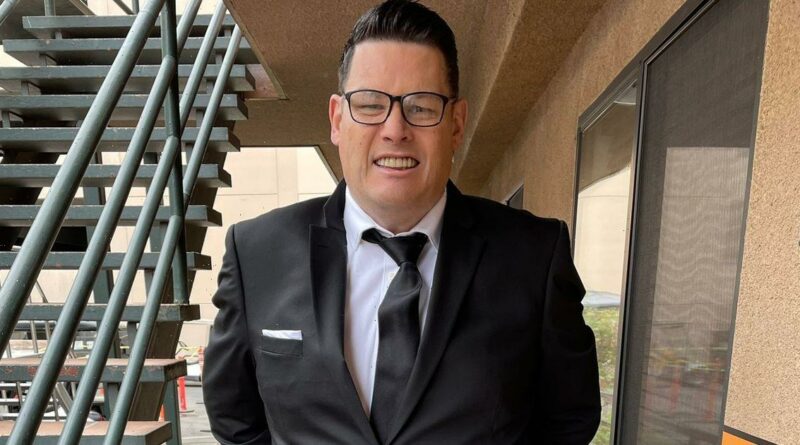 Mark Labbett is known to fans as TV genius The Beast on ITV's The Chase, but before he appeared as the ferocious chaser, he was once a contestant on the quizzing show Who Wants to Be a Millionaire.

But due to Mark's recent weight loss transformation, the star looks incredibly different to his appearance on the Who Wants To Be A Millionaire stint.

Earlier this year, the brainiac hit headlines when he lost a staggering 10 stone.

Talking to The Sun at the time, Mark said: "I’m now under 20 stone, and I am really feeling the difference, as well as seeing it.

"I’m now down to a 44-inch waist, my chest is 54 inches, while my neck measurements are down to 19 inches, which is fantastic for me and the top end of a normal man’s range."

He added: "My knees really feel the difference. I will never be athletic again but I just move so much better for not carrying that extra weight."

When the brain box appeared on ITV's Who Wants To Be A Millionaire, Mark joked with presenter Chris Tarrant about his appearance and said his pupils would often call him ghastly names.

"Hulk, Godzilla – basically any time there's a monster flick, for some reason that's what my name becomes," he explained.

He added: "I can't intimidate kids but I can intimidate adults very easily."

Mark was a confident contestant and didn't seem to do too badly on the show, but when he got to question ten, things became a bit tricky.

The question that tripped the TV personality up was: "The best-selling novel 'Miss Smilla's Feeling For Snow' is set chiefly in which country?"

Mark used his 50/50 lifeline but ended up choosing the wrong answer. Despite his loss, he still managed to walk away with some money in the bank.

Mark has been a part of The Chase since the show started in 2009 and he's also gone on to star in the Australian and US versions.

The Beast has also appeared on quizzing shows Egghead, Mastermind, and University Challenge as a contestant.