Home » Music » 'The First Time' With the Linda Lindas on 'Racist, Sexist Boy' and DIY Punk 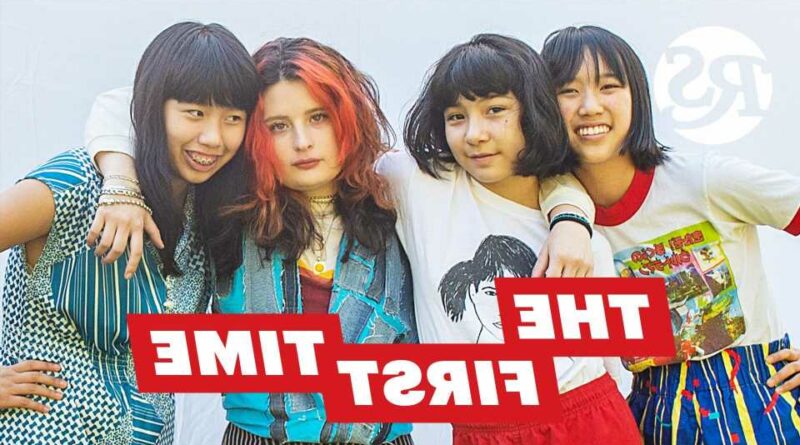 “When we started writing music, punk was just a given because we wanted to write whatever we were feeling,” says 14-year-old Lucia. “What we were feeling kind of came out in that way.”

“But it wasn’t like we had a hard time choosing punk as our genre either,” says Lucia. “Punk gave us a way to write anything we wanted to write.”

Lucia and Mila are sisters, and along with their cousin Eloise, 13, and long-time friend Bela, 16, they are the Linda Lindas. The four girls from Los Angeles swap roles on instruments in the band. Unexpectedly to them — each member found out either while in class or after school — the Lindas Lindas took the internet by storm last month with their performance at the L.A. Public Library of their song “Racist, Sexist Boy.”

'We Are Lady Parts': A Fierce and Funny Series About an All-Girl, Muslim Punk Band

“This boy from school told me that his dad told him to stay away from Chinese people. And I told him that I was Chinese. And he backed away from me,” explains Mila. “At first I was kind of confused, and I didn’t really know how to respond. But then after talking about it with my bandmates and family, I realized how messed up it was.”

During the 2020 presidential election, Mila and Eloise got together for a five-hour Zoom session, and wrote the song in response to that interaction.

“It really sucks that racism is something that’s just there, that we live in this white normative society,” Eloise explains.

That track, and other originals like “Claudia Kishi” (recorded for a Netflix documentary about the The Baby-Sitters Club character) and “Vote!” (a call to the ballots with guest appearances in the video by Alice Bag, Mike Watt, Phranc, and others), show the band’s serious punk playing and writing chops. The influences are clear as well, as the Linda Lindas started as a cover band, doing versions of X-Ray Spex, the Pretenders, the Go-Go’s, and Ramones songs.

For a band with one member that isn’t even a teenager yet, who did their interview with Rolling Stone after school, they’ve done a ton so far. They’ve performed with Bethany Costentino of Best Coast (after meeting her in a a rehearsal at Girlschool LA), and opened for Bikini Kill at their reunion shows at Hollywood Palladium. They made their late night TV debut on Jimmy Kimmel Live. And just days after “Racist, Sexist Boy” went viral, news broke that Epitaph Records would be signing the band. The family ties with the label are strong, as producer-engineer Carlos de la Garza, who is dad to Mila and Lucia, has worked with California punk legends Bad Religion (whose lineup includes Epitaph co-founder Brett Gurewitz).

Big things are likely coming next for The Linda Lindas, but they’re keeping a humble attitude for now. “Do what feels true to yourself, and have fun while doing it,” says Eloise. “And do it with really awesome people that you like.”