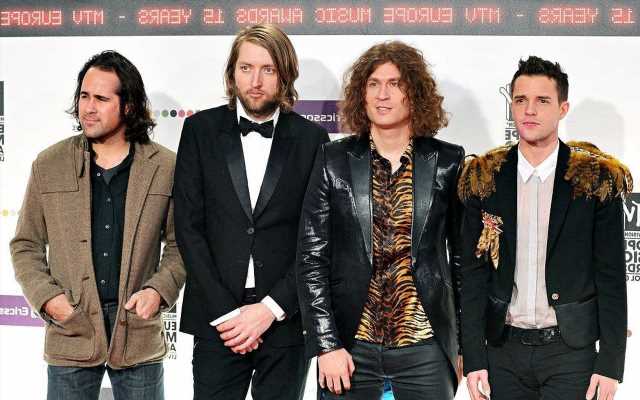 AceShowbiz -All four members of The Killers are reuniting for a new album.

Guitarist Dave Keuning rejoined the band for new album “Pressure Machine”, which dropped on Friday (13Aug21), and now it seems bassist Mark Stoermer, who sat out the recording process due to COVID fears, is returning for a new project that is already underway.

Keuning previously sat out the recording of the band’s last album, “Imploding the Mirage”, to spend more time at home in San Diego, California.

Drummer Ronnie Vannucci, Jr. tells NME.com, “There have been some really kind remarks that I’ve never heard from the guys before… We’re very sobered up from the experience of being locked away. I do think that all four of us are going to be on this next record.”

Keuning previously told Rolling Stone magazine he quit the group because he was “sick of the touring, which is the other 22 hours of the day, when you aren’t onstage,” and wanted to be home with his young son.

“I was done with that, just travelling and going back to the hotel or going back to the bus and going to the next town,” he explained. “I’ve done that a lot. Some people aren’t very sympathetic. But everyone’s situation is different at home, or how much they can take. Sometimes I felt like I was under a little, unnecessary microscope.”